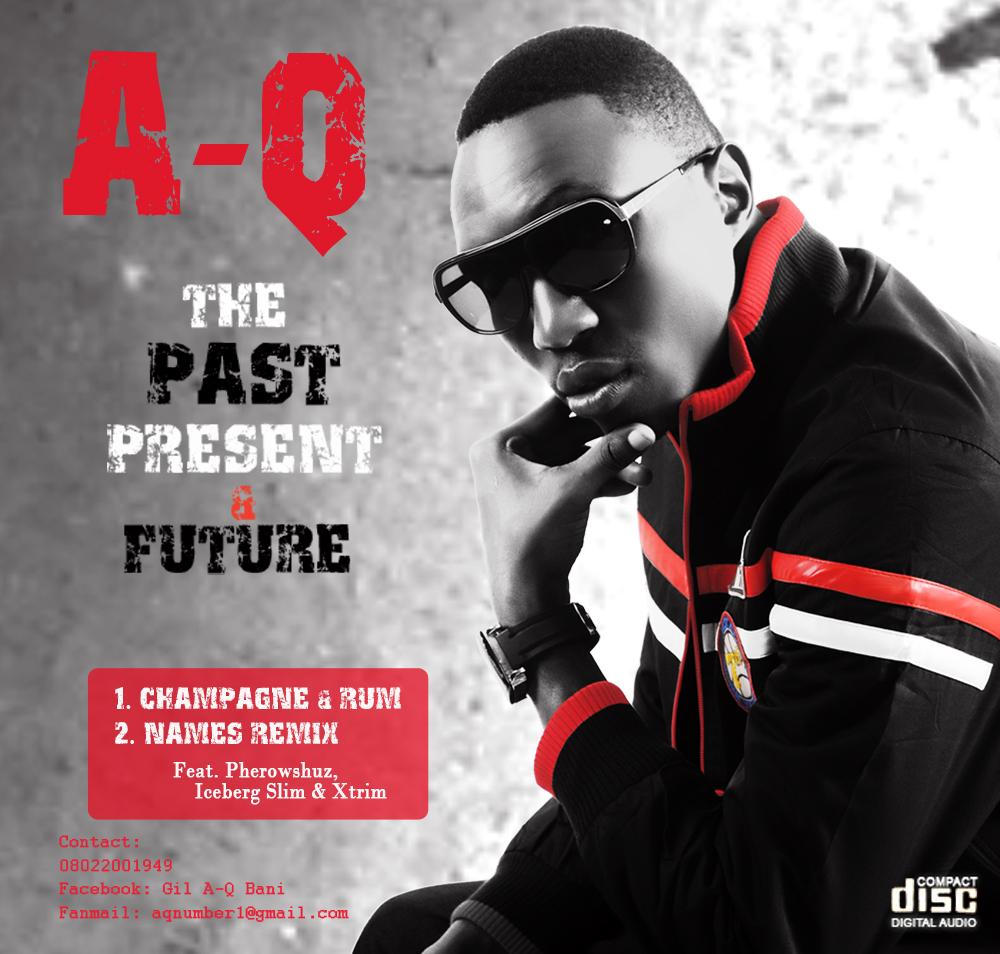 Nigerian rap artist Gilbert Ubani, best known as A-Q, has followed up his controversial single ‘names’ with a dance track produced by the twin duo known as E-Twinz. ‘Names’ reintroduced A-Q to the Nigerian hiphop community with the media running agog with stories of a feud with Jesse Jagz and Ruggedman. A-Q went on to address the beef, stating clearly that he was only making an observation when he said ‘We don’t say autotone, we say Jesse Jagz’ track’ but admits to calling Ruggedman a wack rapper.
A-Q’s recording career started in 2001 when he released the first reportedly controversial ‘(W)rap Up Nigeria’ track off his debut ‘Listen and Overstand’ LP. Ever since, he has worked with several fast rising artistes and producers from Morachi, Terry Tha Rapman, Laylow, Sossick, Frenzy to Kraft. His last full-length record was ‘Love and Money’ mixtape which featured Terry Tha Rapman, Morachi and several other fast rising artistes. The Mixtape remains the very first compilation to parade premium production from Sossick, Frenzy, Laylow, Kraft and it was given to fans free of charge.

A-Q has completed the recording of the mixtape ‘Bars and Hooks’ hosted by ace disc jockey, DJ Jimmy Jatt. The mixtape features the track ‘Past 2 Present 3’ where he addresses the situation with Ruggedman and Jesse Jagz and a remix for ‘names’ featuring Iceberg Slim and Pheroshuz. The mixtape would follow before his album titled ‘The Past, Present and Future’ for release before the end of the year 2010.

Check out the free download: AQ – Champagne and Rum