Sham Pain – Hatin' On My Swagg 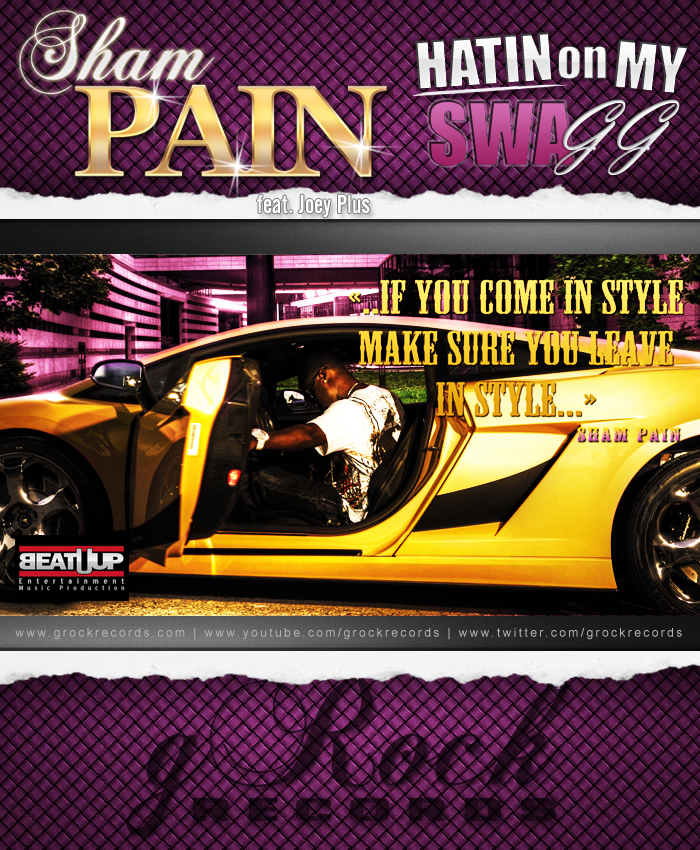 US based Nigerian Rapper Sham Pain teams up with Joey Plus – @JoeyPlus who has been on the #JoeyTunesDay Twitter Music campaign after mentoring the winning STAR QUEST band, B.E.A.T. ‘Hatin’ on my swagg’ which would be released on Nigerian radio soon but we have it here for download, guilt free. It is the first single to be released from Sham Pain’s album ‘4D Swagg (The Movie)’. Sham Pain features Nigerian homegrown talent, Joey Plus. The combination of both artistes is a display of raw energy with a hammered infectious beat which was produced by Joey Plus. Sham Pain has performed live throughout USA & Europe and now embarks on his homeland to make a name for his record label (gRock Records Intl.) and increase his fanbase on the African continent.

Femi Olu a.k.a Sham Pain was born and raised in the harsh surroundings in Peckham SE15, London (UK) to Nigerian parents – his father is a doctor and his mother a PA/secretary. He says to be an African was the best thing that could have happened especially after visiting Nigeria on many occasions for family holidays. It gave him a sense of belonging and to know who he was from the start surely saved him a lot of time. Sham Pain’s family originate from Ibadan and he proudly states his parent’s birth village as being Aramoko Ekiti which he has visited on numerous occasions.

The song is also available as a free download here.