The first mixtape in our Fifteen Years Africanhiphop.com series is also one of the first full-length mixes we uploaded to the web back in 1999 under the flag of ‘Rumba-Kali African Hip Hop show’, the predecessor to African Hip Hop Radio. This collection of Senegalese hip hop was collected in Dakar and pasted together ‘ugly edit’ style using a minidisc deck.

Listening back, it’s interesting to see how diverse the sound was back then, while it’s evident we have come a long way in terms of production. The other thing worth noting is that many of these songs were recorded just before Senegal’s general elections of 2000, and some songs were calling for the political changes that put president Abdoulaye Wade into power. Today, many of these same artists are calling for Wade to step down to make way for a younger candidate.

Read on for the original text as published October 1999. Some of the tape covers can be seen in the collage above, though a few depicted are newer than 1999.

The fourth Rumba-Kali African Hip Hop show is another Senegal special. Why? Is there not enough material available from other African countries? To answer that question: it’s just that we have so much good stuff coming from Dakar (and we visited there in September 99) that we needed to put it online. So click the link down this page to listen… 68 minutes of Senerap.

Hip hop in Senegal is still going fast forward… What was there yesterday may still be there tomorrow but it will have about 100 competitors ready to kick its ass. This was the case with the first generation of rappers that made it onto commercailly available cassette. Luckily they stood the test and are there. Proof are PBS, Daara J and now Pee Froiss. Others have not come back after a first album, and there’s even been split-ups, most evident was Sunu Flava who parted ways.

Most of the names of groups in this new Senegalese hip hop radio/mixtape were not even on our site a year ago. Rapadio was one of the discoveries of last year, and now one of them, Iba surprises with a strong solo track. There is more of interest and we can’t really say where rap in Senegal is going as everybody is doing his thing, there’s various genres such as the dancehall influenced hip hop of VIB, the poppy sound of Bideew Bou bess and the more underground approach which is influenced by NY style and French rap. There is also a lot of r&b in here as most groups have 3 vocalists representing not only rap but also r&b and ragga. Especially Peace ‘n Peace are known for their r&b influenced sound. Fortunately many groups rap in their native tongues (Wolof and other Senegalese languages) and even if you don’t get the meaning of the lyrics you can still feel the flow.

If you want to know more about rap in Senegal, also visit our Senegal section (note from 2012: this will take you to our achive, some of these pages haven’t been updated in 10 years) or the interviews with the popular group Pee Froiss and Yat-Fu.

2 Iba featuring Maktar – 100 commentaires
That’s the best track from the recent underground collector ‘D-Kill Compilation’ and a favorite with the local hiphop heads when we were there. This song features Iba from Rapadio and Maktar from Wa BMG 44. The sample in the chorus is the same as in that Gangstarr track which goes ‘the girls look so good’.

3 Bideew Bou Bess – Ndekete Yo
Starting with a shoutout by the Fugees’ Wycleff, this one was recorded at Youssou N’Dour’s Jololi studios in Dakar (if the name of Youssou doesn’t ring a bell – he’s a world famous Senegalese singer). The whole Bideew album is great and comes with good promotion, mostly the video.

4 Ndiaf-a-ngara – Khool
We just saw their album launch announcements up all over Dakar city but we couldn’t get the album. In the end we did, and this great production proves worth the search.

5 Alif – L’an 2000
Though we are still living 1999, this all-female crew is talking about what happens in the year 2000. For sure one thing that should happen is their launch into stardom because they got the skills!

6 Pee Froiss – Ah simm!
At last now there is a new album by this longtime favorite group who were present with a first album in 1995. ‘Ah simm’ in Wolof language apparently means something like ‘there, you see’ – as a reply to those who said that they wouldn’t come back after a 2 year silence. Want more evidence? This track should do… Also listen to the interview we had with them.

7 Peace n’ Peace – Bamba
Since the 1998 ‘Senerap freestyle volume 2’ album we knew that this group was hot in the r&b-rap style… Now they are back with a great first whole album and this song is just one of the many highlights.

8 Guëstu Bi – Tous contre la drogue
‘All against drugs’, an example of the positive message that goes out from many of today’s African rap lyrics. The beat here is typical Senegalese percussion, of the kind that is mostly heard in the music of the older generation. As you can hear it is good to rap over, too.

9 Tim Timol – Tim Timol
Two male and two female rappers, and a singer, Tim Timol like their Peul music and singing especially in this 1st track on their album. The beats could have been a little more heavy but the singing and traditional instruments (kora) are brilliant.

10 Bideew Bou Bess – Ou Ah!
Another track by Bideew (their name means ‘stars’). This song has a video with it in which the group is captured by a bunch of girls in army suits.

11 Black Muslims – freestyle
A freestyle which we recorded on the beautiful island of Saint Louis, which is a city near the border of Senegal with Mauritania. It’s the home of Black Muslims, a strong rap group that is ruling in that part of the country. Soon we will have more info on them at the Senegalese hip hop section.

12 Positive Black Soul – PMU
A rather unique track from the very first PBS album (1994?). This shows how the duo grew into a group with a style of their own, back then it was still a bit like the others. This PMU is very interesting though with a dope beat and tight rap. The lyrics are about horse racing, a sport which is popular in Senegal because you can make a bet on the winning horse – however PBS see the bad side-effects of this gambling.

13 MC Lida- Douma doyal mukk
In the first Senegal radio show we already featured the 2nd Mc Lida album, so here’s one from his first which was one of the first ever local rap albums.

15 Gelongal – Djougouya
A special song from a special album. They fuse Senegalese pop with rap in a convincing way and already have a track on the ‘Boul Fale – streets of Dakar’ compilation cd. This ‘Djougouya’ also features singer Baaba Maal.

16 Banor-Z – Amisebe
Though it is from a 98 tape, we felt this should be heard, nice fusion of mbalax pop and rap.

17 Black Muslims – Freestyle (2)
The other face of the group from Saint Louis: this is ragga as recorded under a tree on the main island in town.

18 V.I.B. ‘2rop’
The ‘2rop’ in their name means “d’Europe” or ‘from Europe’. The album itself was indeed recorded in Paris, the music is a VERY powerful combination of ragga and underground hip hop. The best release in Senegal this year, as far as we are concerned.

19 Bamba J Fall – My line
This anthem is on TV all the time due to a beautiful clip in which the Bamba J Falls are clad in white dress. 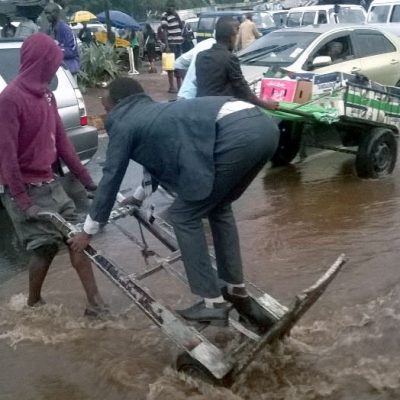 Africa Is Hotter this year 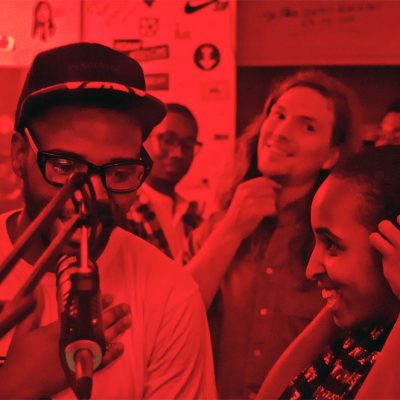 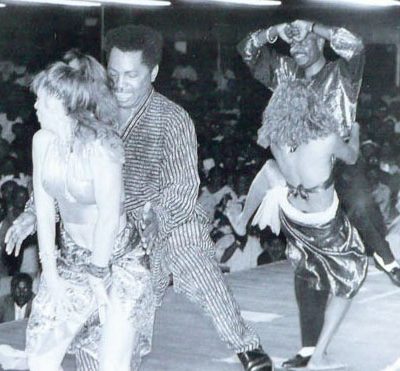 Africa is hot #2 with Oko of Project19