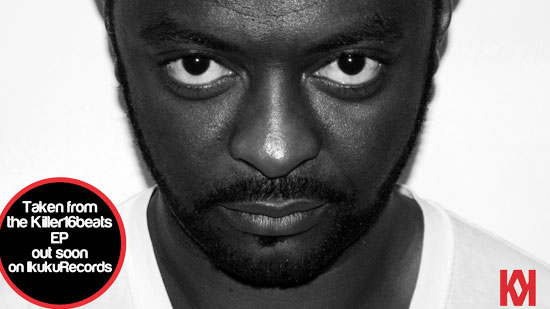 Veteran Rapper K16 from Nigeria is back with his first new record in over a year. Titled ‘Wetin You Dey Talk’, the track is off his Killer16bars: The Producer EP, which as the title suggests, will showcase his skills as a producer. ‘Wetin you dey talk’ is produced by k16 for Ara-na-agbam Productions and there’s a remix. His debut album as a rapper is set to be released in April, 2012.

k16 is a veteran in every word of it, he was a part of the trio who released ‘Which One You Dey’ in 1991. They were called ‘Emphasis‘ — a trio composed of rappers Terry and Mouth MC and singer Junior. They represented homegrown Nigerian hip-hop finally finding its own voice. Unlike most of their predecessors, Emphasis didn’t rely on barely-rhymed doggerel aping the rhythms and cadences of American old-school rap records, but instead presented a lucid narrative complete with plot, characterization and humor, delivered with a relaxed flow in pidgin English—the true language of Nigeria’s streets.

The 1991 maxi-single, Big deal was produced by the highly regarded filmmaker, Kingsley Ogoro. After his tertiary education in Nigeria, Mouth MC returned to his native London. Mouth Mc made a comeback as a solo rap artist under the new pseudonym of ‘K16’ and in 2008, he got signed to Ikuku records.

‘Wetin you dey talk’ is a centered on love and an affair, precisely heartbreak over a cheating partner.