One of the new artists performing at our annual Doin’ it in the Park last year was Papa Ghana. His first single was released about a year ago and finally there’s a music video. The track, produced by Johannesburg based artist Riky Rick, has been brushed up too. 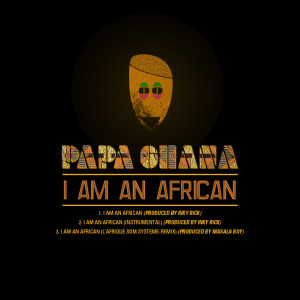 Papa Ghana is a Dutch vocalist with Ghanaian roots who lives in Amsterdam. He’s a member of the creative collective Daily Paper and is one third of the music trio L’Afrique Som Systeme. Papa Ghana and his crew are deeply into coupé decale, kuduro, grime, dubstep and as well as hip hop and other musical genres, and as L’Afrique Som Systeme they play their favourite tunes around town. His solo adventure should result in the release of his debut ‘The Mandingo EP’ some time this year.