Uncatchable: The Monkey Nuts from Zimbabwe

“Have you heard how they catch monkeys in Brazil, Julie? Let me tell you. They put a nut in a bottle, and tie the bottle to a tree. The monkey grasps the nut, but the neck of the bottle is too narrow for the monkey to withdraw its paw and the nut. You would think the monkey would let go of the nut and escape, wouldn’t you? But it never does. It is so greedy it never releases the nut and is always captured. Remember that story, Julie. Greed is a dangerous thing. If you give way to it, sooner or later you will be caught.”

-James Hadley Chase ‘The Paw in the Bottle’

The above quotation is one of my favorites, only this is not Brazil but Zimbabwe and these are The Monkey Nuts! What’s the story?

Yeah, the name is an interesting one. Wish the story behind it was as insightful as the idiom you referred to. To clarify things a bit, it’s actually The Monkey Nuts, like The Who or The Bhundu Boys, and not just Monkey Nuts. It’s a mere translation of the Shona term ‘nyimo’. Nyimo are known as groundnuts or monkey nuts in English. We just liked it and it seems to catch the attention of people more often than not.

You guys were apparently born and raised in Harare, the capital city of Zimbabwe, a country that has seen a lot of changes in the last decade and a half but someone you seem to have skipped over a lot of thin ice successfully. How did you hone your craft in the years before you ‘caught your break’?

Zim has been going through a bit of a tough time indeed. But Zimbabweans are quite the resilient bunch. And that’s how one has to be in such times, resolute. And it’s on the backdrop of such difficulties that we believe we can push through by offering something creative and innovative. The changes that our country has gone through have been good for us in a sense. They’ve challenged us to think and produce something we believe will be authentic and genuine.

We’ve been at this ‘seriously’ for close to four years now. It’s not really that long actually, but from the moment we started out, we’ve managed to link up with some individuals and organisations that have provided us with maximum support. Organisations like the Magamba Network, Zimbabwe German Society and Alliance Francais de Harare. They simply liked what we were doing and offered to support us.

We basically do everything ourselves in terms of the creative process. We write our own songs, compose and produce the music. We do play instruments (guitar, bass, synth, keys, emcee, vocals), we are a band ultimately, and the fact that we are cousins contributes to that synergy. We have spent a lot of time together and we know each other really well. It’s always mainly just the three of us when we are conceptualising a project and we usually bring in session players for live performances/recordings (drums, mbira, marimba, bass). 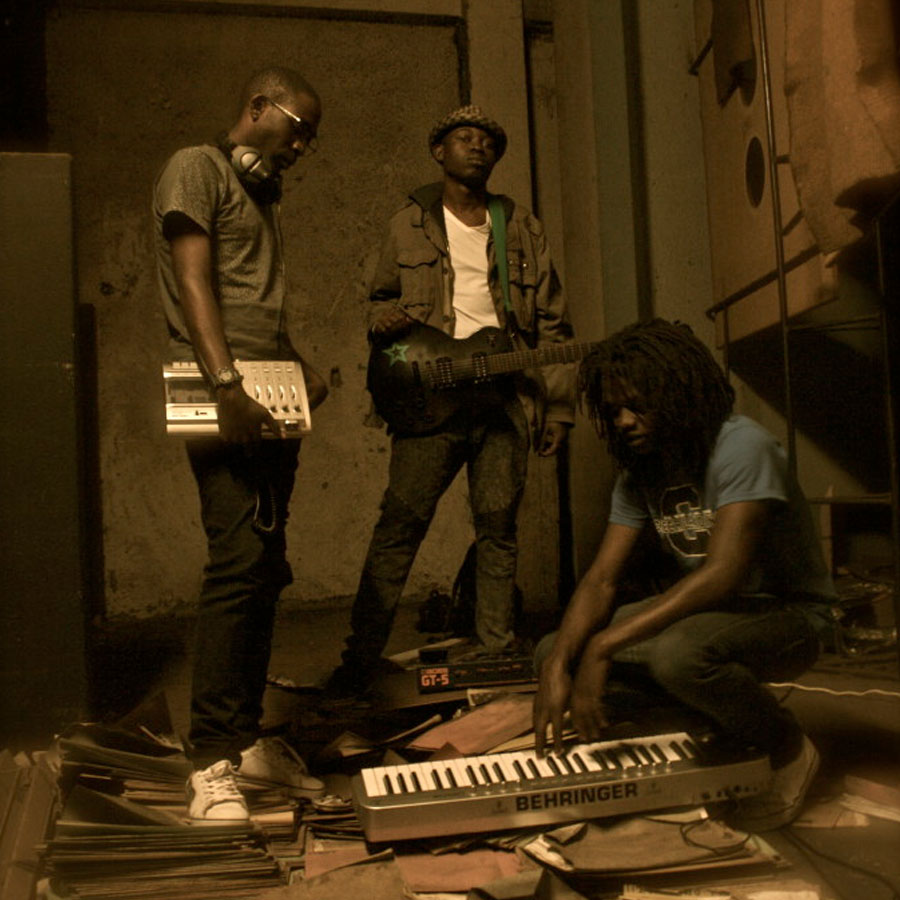 What are the examples of contemporary Zimbabwean issues that stir your creative muses and why?

We’d like to think that we are experimental and we are often caught up in between two minds. We have our African heritage, but then we also carry that which we have tried to shake of quite unsuccessfully; our colonial past. From our observation, Zimbabwe is pretty interesting in that regard. We are trying to forge out a strong Zimbabwean/African identity, but are yet to fully understand what that actually means.

A lot of what we do, and specifically the way we look at each other from a cultural perspective, is still heavily influenced by our colonial past. Of course one may say, but for how long? How long will you allow your past to lord over you? Well, the moment we understand why it is that we do things in a particular way, will be the moment that it will be easier for us to embrace change. 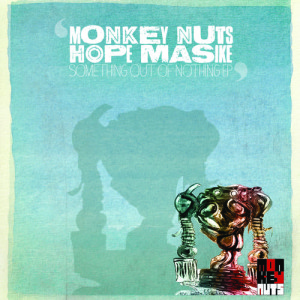 It’s this observation that inspires our music, that continuous clash of two worlds. It’s another reason why we like to work and collaborate with artists and musicians from different genres. Our latest project is a collaboration with a French underground DJ from Marseille [Dj Oil from France, ed.] who’s inspired by jazz/blues rhythms from the 50’s and 60’s. The collaboration also features vocals and mbira from one of Zimbabwe’s leading female musicians [Hope Masika, ed.].

Following the success of Mizchif’s ‘Fashionable’ in the nineties that was a roaring success across the continent, what other Zimbabwean rappers have stepped up to take up the mantle? And what is the average perception or knowledge of the Zimbabwean hip hopper about the celebrated rapper known as MF Doom (Daniel Dumile)?

Daniel Dumile is a bit of a mystery to everyone isn’t he? The US stake claim to his fame more than anyone else. But there is definitely acknowledgement of his Zimbabwean heritage by the Zimbabwean hip-hop puritan, but wouldn’t say that his influence has been that substantial. Mizchif on the other hand, yeah he definitely inspired a lot of heads on the scene. The 90’s was a pretty good era… we had Miz, before him there was Peace of Ebony and Zim Legit [Zimbabwe Legit, ed.] over in the States. There was also Shingi ‘Mau Mau’ who’s still at it and the late King Pinn. Now we’ve got so much more talent on display, emcees like Aerosol, Outspoken, Upmost, San Sebb, Synik, T.Shoc. Fore, Jnr Brown, just to name a few. 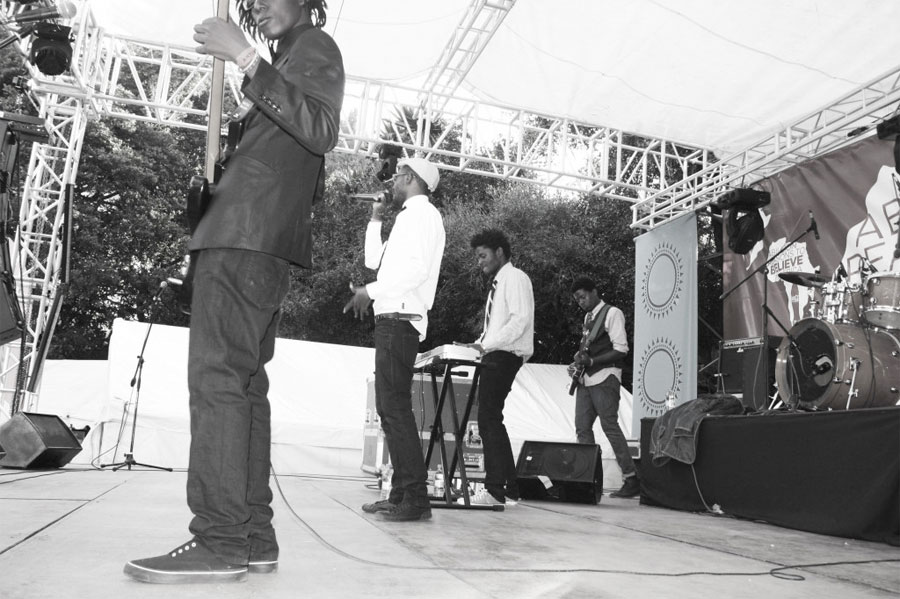 Do you imagine that your sign up by BBE will make you a force to reckon with in African hip hop?

We’re happy that we signed with BBE, but this is were the work really begins for us. We’re not really concerned about competing with other artists across the continent. Our main objective has always been to create a global product in terms of our music. Signing with BBE means we are close to achieving that, but there is plenty of work to be done. We are still growing; we are still finding our sound.

What is the state of Zimbabwean hip hop, and where do The Monkey Nuts feature in its social hierarchy?

What is the state of Zimbabwean Hip Hop? Interesting question. Wish there was an easy answer. The talent and work ethic is there, there’s no doubt about that. The scene has grown, but its still pretty small. We have taken a lot from the American blueprint, but done very little to break it down and redefine it for ourselves. In our opinion, there is still a lack of identity, that’s the main thing. It’s this lack of identity that has blunted our creative edge.

We’ve got emcees over here comparing themselves to or duplicating American and Western artists in style and sound. The same goes for the producers. They will gladly sample Nina Simone or Howling Wolf and completely ignore the sounds and rhythms from Zimbabwean music legends like John Chibadura or James Chimombe. It’s not like that with hip-hop acts from Nigeria, Ghana and South Africa for example. And that is the main thing we felt we had to find in terms of The Monkey Nuts, identity. And we’re getting there. We aren’t really sure where or if we fit in, in terms of the Zimbabwean Hip Hop hierarchy. What we do know is that we are Zimbabwean and we are making hip-hop, global hip-hop. And that’s the plan for us, to record, release and perform our music on an international platform.

You can ‘catch’ The Monkey Nuts online via their website, Facebook page or Twitter.
On their Soundcloud page you can listen to the ‘Something Out Of Nothing’ EP which can be downloaded for free here.