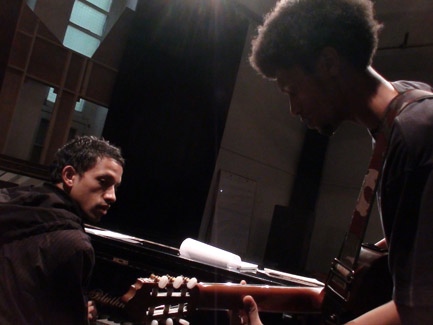 South African artists Jitsvinger and Kyle Shepherd join the African hip hop radio studio together with Vieira from the Netherlands (via Cape Verde). Rapper Jitsvinger, who previously released his debut album ‘Skeletsleutel’, is known to be one of the best Afrikaans lyricists, and multi-instrumentalist Kyle Shepherd at the young age of 21 has taken the legacy of South African jazz and traditional music to create a style of his own. Vieira just released the promotional EP and video ‘Wie is deze Afrikaan’. Together with Jitsvinger he joins in a freestyle session – Afrikaans and Dutch back to back. New tracks by Metaphysics, Youssoupha and Zaho.