Fresh ya Shamba to Arusha 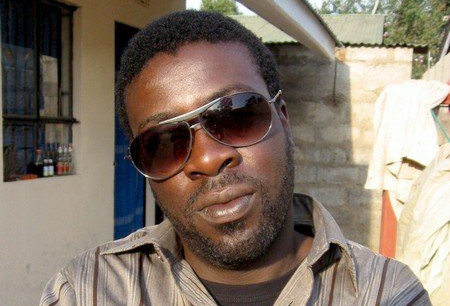 New tunes from Bongo by JCB, Stopa and Nako 2 Nako! Today we’ll be taking the (virtual) Fresh ya Shamba coach liner from Dar es Salaam (Tanzania’s economic and media capital) to Arusha in the northern part of Tanzania. A somewhat hazardous trip: the smooth tarmac makes bus drivers believe they can safely drive downhill at full speed. But the road is barely wide enough for two buses to pass each other, and lethal accidents do happen.

Eight hours later we’re in Arusha to check out the scene. A different climate, landscape and certainly also a different approach to music: to quote some Kenyan ‘hip hop refugees’, Arusha is the last stronghold of hardcore hip hop in East Africa. Following is three new singles from some of Arusha’s veteran emcees: JCB, Stopa and Nako 2 Nako. There are many more artists, and even though there’s a lack of facilities for musicians to record, release and promote their music, there are some studios (Grandmaster, Barefoot, Dira) and radio stations.

JCB ft Ambrose – Bongo flava
This is an interesting track on many levels. JCB is a veteran emcee who recorded his first tracks around 1997 as part of Hardcore Unit (HU). JCB teams up with Kenyan star producer Ambrose from Mandugu Digital. Ambrose with his skilfully crafted beats was co-responsible for a recent shift in sound among producers in Dar es Salaam, and some people say this even put other studios out of work. He’s now back in Kenya, working on Kama (Kalamashaka) solo album, but visits Arusha every now and then – Arusha is closer to Nairobi than Dar.

In this song, which has been out for a month or two, JCB is talking about his relationship throughout the years with hip hop and the localized, commercialized variety that’s come to be known as ‘bongo flava’. Stopa – Na hustle
Stopa or Stoparhymes started music around the same time as JCB and has kept it going with his group Underground Niggaz and Waturutumbi as well as solo. Around 2006 his first album Shule ya Bure came out and he started touring with Juma Nature, one of Tanzania’s most popular rappers. While Stopa is originally from Arusha, he’s now based in Dar es Salaam, though he goes back and forth to his home town.

Nako 2 Nako – Show Love
Then a new video by Nako 2 Nako (nako meaning ‘nuckle’), the group from Arusha that made a name in Dar es Salaam and played its part in returning Hip Hop on the Tanzanian menu. Group member Ibra da Hustler recorded a track with Loon (ex Bad Boy records) which became a big hit in East Africa.