“The SUPER MC is the one that can spit in more than two languages… American rappers can’t compete with that!” – Chuck D (Public Enemy) 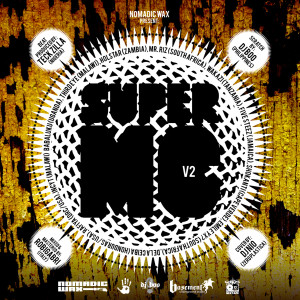 Get the track from the Nomadic Wax Bandcamp Page

The SUPER MC series was inspired by an interview that Nomadic Wax’s creative team had with Chuck D on his radio show in NYC. After discussing international hip hop, and the bilingual skills of many artists around the world, Chuck D coined the term ‘Super MC,’ when he said: “A super emcee is the one who can spit in more than two languages. That is the mark of a super rapper… If you can rhyme in more than two languages and braid them together… an American rapper cannot compete with that.”