Conscious Senegalese rap is not dead 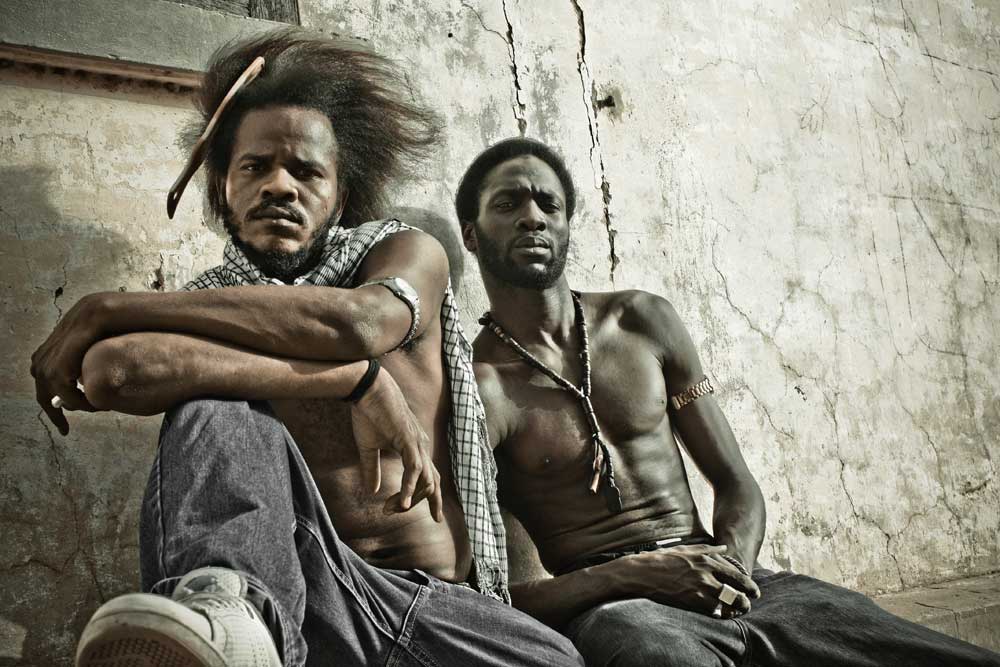 Keur Gui of Kaolack is back with a gem of a video. Directed by Senegalese new school crew Gelongal, the video ‘Coup 2 Gueule’ (‘Let’s Act on our Words’) features Kilifeu and Thiat in the congested urban setting of Dakar. Flagship group of the movement of decentralization / de-Dakarisation in Senegal, Thiat and Kilifeu from the central Senegalese town of Kaolack remain the two only rappers in Senegal who did jail time for denouncing acts of corruption.

While the political and economical situation has continued deteriorating in Senegal for the past ten years under President Wade, Keur Gui remains true to their social mission and message. By pushing their audience to act according to their words, the song Coup de Gueule, originally released on their 2008 hit album ‘Nos Connes Doleances’ (‘Our Stupid Complaints’ or ‘Our Condolences’), becomes even more relevant in the intensification of the state of crisis in Senegal.

Watch the video and be sure to read the translated lyrics.
[youtube]http://www.youtube.com/watch?v=ZLrTLPrUodQ[/youtube]

Lyrics:
Let’s act on our words
The same way we resisted Hitler and De Gaulle

Kilifeu:
I don’t even feel Senegalese anymore
This lusty regime wasted all our money.
It’s torturing me.
Who can help me migrate to Europe?
I draw out the money, got to pay
We can’t stop lamenting with this deadly hunger
We fish with rusty hooks and cultivate potatoes with old tools
We are the victims of the crisis and true discrimination
I am fed up of this corrupt justice system.
I am tired of doing nothing apart from drinking tea
I can’t even see the end of their craziness and we are ready to follow them to our own self-destruction
Life is expensive and in our rural world we live in misery
Winterhide is late and battyboys are increasing.
Let it be clear we are drowning into hell
Chorus:
Toll roads
Hotels, cars and waste
They are building tunnels
While poverty is looking at us
With their brighter lights
Life becomes more expensive
They are bringing forward the ‘Millenium Gate’.
While we are drowning into misery
They are building roads
While mendicity is increasing
National justice court, SOS of the rural world
Let’s act on our words
The same way we resisted Hitler and De Gaulle
Let’s act on our words
The same way we resisted Hitler and De Gaulle

Thiat:
Old man, your seven years presidential reign has been expensive
Like if it wasn’t enough, you cheated during the last elections
You ruined the ICS, and hijacked the ASECNA’s money
The SARL is claiming bankruptcy, and the price of gas is skyrocketing
In this environment, old man, it is difficult for you to find solutions
Goana is another of your stupid illusions
Let’s fight these buffoon who are stealing our money
No one shall take away the power because he fears the people’s revolution
We are so hungry and not even a seed is left
Don’t make us go backwards, you want to capsize the boat
An empty calabash doesn’t feed anyone
We are drowning into hunger and unemployment
In this insalubrity we don’t even benefit from health care
Please God spare us

Thanks to our undercover Dakar contact for supplying the news, pic & video!