Pics from the Park 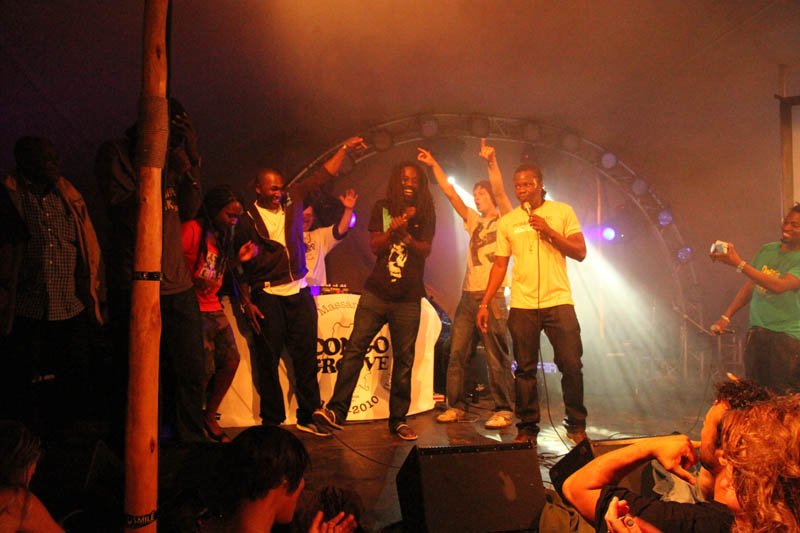 Named after a song by 1970’s jazzfunk group Blackbyrds which became a big b-boy anthem in the early days of Bronx hip hop, the annual Doin’ it in the Park festival in Amsterdam (Netherlands) represents hip hop culture not just from a historical perspective but with a wide scope. Artists from Africa perform alongside diaspora-born and bred emcees and singers.

The second edition of Africanhiphop.com’s open-air festival featured some of the most remarkable new names on the scene including NYC’s Blitz the Ambassador who represents Ghana and the multinational super crew of Congo Groove (Fredy Massamba, Lexxus Legal and Pitcho). Artists from the Netherlands included Pan Afrikanz & Furlan, C.I.A., Vieira & Kable, Geoffy G & Scorpio, Esperanzah and Renee Neufville, one half of American 90s supergroup Zhané made a surprise stage appearance! The host of the evening was Quest One who is certainly one of the most energetic emcees in the Netherlands. Prior to the musical program, British-Jamaican visual artist Kevin Dalton-Johnson launched the exhibition of work made during a residence at the venue.
All of these performances kept the crowd on their feet from 5PM to midnight in the magical ambiance of Tolhuistuin, a city garden that was private property until recently and is now used for cultural events. Big up to the Tolhuistuin crew, the loyal audience and our clothing sponsor Puma.

Admire some of the pics below and if you want more (including snaps from last year’s edition of Doin’ it in the Park), check out this Flickr page.