Gabriel Teodros about his new album Children of the Dragon

“I dreamed about making this album. To make an album with someone who spoke the languages of Ethiopian music as fluently as Hip Hop was perhaps as important to me as actually going to Ethiopia for the first time.

Children Of The Dragon was created in the Washington, DC area (aka Ethiopia’s 2nd Capitol) mostly in a small office studio (that had no mic booth) that on most days was shared with a graphic designer/film maker, a painter, and a few singers. The conversations and the energy of everyone who shared a space with us is in all of these songs (and of everyone in the studio I spoke the least amount of Amharic!)

The title is based on mythology I first heard of in Haile Gerima’s film Teza. I also think of Audre Lorde’s term biomythography when describing the album as a whole. The first voice you hear on the record is my sister Luam Kidane who also just published this incredible piece on calling ourselves into freedom: Black art and decolonial asthetics which you can read on The Feminist Wire now. 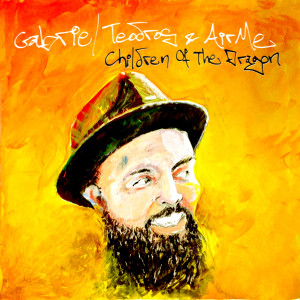 This album is the first music I made after my first trip to my mother’s homeland. I actually met AirMe and we started working together when I was on a 24 hour layover in DC… between Addis Ababa and Seattle. I didn’t take any pictures when I was in Ethiopia but it’s all in the music. Needless to say, this album is very special to me. We pushed each other to make the best music we were capable of creating at the time, we’re putting it out completely independently, and I hope to break as many so-called rules along the way as possible.

Enjoy an exclusive first listen on Youtube (see the embedded video above) and buy the album from Bandcamp (or send it as a gift!). If you feel it, please share the music far and wide.

The YouTube stream features footage from traffic in Addis Ababa, filmed and edited by Brandon Eversole (who also is responsible for all the footage of us in Ethiopia that was featured in the video for CopperWire’s Phone Home).”