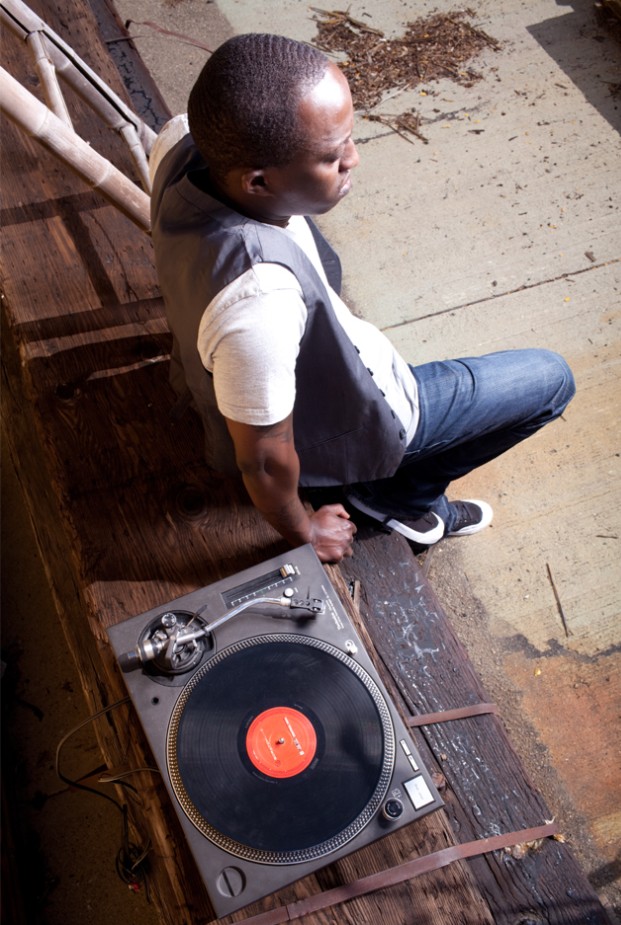 Bob Marley was gifted with words, he expressed music’s powerfulness perceptively when he said: when music hits you, you feel no pain! His words resonate; they reverberate across dance floors and musical rooms.

For the most part, when music hits the soul, the feet respond irresistibly. A crowd matters less to the feet on a free dance floor packed with sounds of music. On this one Wednesday, an off night for Nairobians, the dance floor at this one underground club in the heart of downtown Nairobi had less than its usual company. But the music didn’t care, it was spinning as hard as the disco ball that rotated and reflected fractals of light. It revolved to the DJ’s wicked bongo style, soukous, zouk, and a mix of dansi beats spinning.

Standing in the middle of the room, I remember thinking my feet would be worn out by the end of the
night. Sounds from Africa –with an accent on ‘East Africa’– have that type of influence. Especially since the various styles of music coming out of East Africa –in general terms– is infrequent in the US music scene.
Living in the United States, prevailingly, music from Africa is presented and defined in a general or single term. Usually linked to West Africa, in whole or to a significant degree, music from East and North (South is less dominant but present nonetheless) is usually on the periphery. Perhaps this cultural relationship and pattern is linked with the interrelation that has been formed between Americans and West Africa. Or perhaps, it’s a simple knowledge of a broad-view of the contemporary western music scene that focuses on commercially successful musicians. Nonetheless, for those of us with a deeper and wider knowledge and connection to this rich and diverse continent with a kaleidoscope range of sounds, it seems ambiguous.

Africa is a large and diverse continent, each country’s culture varies slightly or highly. Even within each country, the diversity is so significant that the music culture may more than likely vary within each ethnicity. It is therefore difficult to mention what is more influential or to generalize the diverse sounds of Africa under one genre or the epithet ‘African music’. And if defined as ‘African Music’ it would do the continental diversity disservice if the ‘African’ takes on meaning according to dominant sounds.
Music in Africa, just like the variation of the drum within Africa –the innumerable drum sound– gives the country the scores of rhythmic sounds it is known for. Musical tradition has many branches reflecting variations in basic cultural patterns over time, as well as diversity. There are many different languages of African music. Different styles of music come from the variation of environmental conditions within Africa, making it, to a larger extent, hard to define abstractly or under one style/mode of music.

To understand this issue from the position of music promoters, we spoke with Kenyan-born Bay Area, California resident Djayslim. Slim, crowned as the ‘sound maestro’, for years, has been giving the people musical qualities which he believes constitute the expression of the collective cultural values of peoples of African descent. 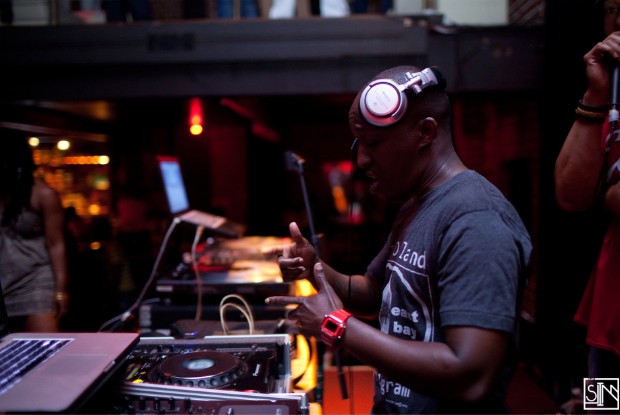 How long have you been DJing; and how many of those years were in the US?
Professionally I’ve been DJing for 10 years in the US. But I was a bedroom DJ for over 3 years before that.

Were you a DJ in Kenya before moving to the US?
No, I wasn’t. But I used to be around a lot of renowned Kenyan DJs so that I could get free cassettes. I was mainly around DJs like: DJ Nijo, DJ Kevo (newyork newyork) and, DJ Ken and Alabama of Florida2000.

How easy/hard was it to have your sound and name known in the US music scene?
It was pretty hard only because African music had not crossed to mainstream, especially in the Bay Area. But what helped me is the diversity and music selection I was able to mash up, like mashing up US hip-hop and other sounds coming out of the US with African songs. And also having good mic skills helped.

Do you ever go back to Kenya to DJ; if so, what are the major differences in terms of sound and audience?
I have gone back to DJ twice. In Kenya, people are way ahead as far as music is concerned. They’re open and accepting of mixed sounds in the nightclubs; plus, the audience is open to embrace you and your diverse sounds. While here, you have to be super careful with the crowd and ease them slowly.

Why do you believe there is such a huge influence of West African music, particularly sounds from Nigeria, Ghana, etc. in the US?
West African music made it easily accessible for everyone; there are tons of blogs that share the music coming out of there. Also, I believe the beat has made it more appealing.

What are your thoughts on how ‘African music’ is defined in the US? Africa and its music are very diverse. So why do you think ‘African music’ is defined under one brand, mostly of an influential sound?
Only because no one takes the time to break it down to the newer audience and I believe as Africans we just embrace it all as African music. For example, I find a lot of people confuse afrobeat with Caribbean music and so forth… nonetheless; the diverse sounds/music coming of Africa is still new and hasn’t been fully exploited yet, but I believe its about to blow up seriously.

Music and other cultural artifacts get transported and gain exposure (commercially or otherwise) with emigrational movements. So, where are the East or North African DJs in the US?
I believe they’re in the East coast, down South in Atlanta (big up to DJ Fully Focus), in Kansas (big up to DJ Teeboy) Chicago (big up to top Donn and DJ Dee Money) … California has a lot of African DJs as well.

If that’s so, where are the East/North African sounds? Why are they not as influential or prominent in the US music scene?
It’s probably because people are not pushing the music that much. And for that very same reason, a brand new application called ZIKISTER that can be downloaded for free on the iPhone and Android has recently been launched. I believe it will help promote East African music.

Are there East African artists that have made it on US airwaves and/ in the clubs, and your record selection?
Yes, there are. Artists like: Sauti Sol, Eddy Kenzo, Chameleon, Diamond, Bebe Cool, Indiginas, Teddy Afro, and not to mention we have a few Rwandese artists coming out strong.

Tell me about your DJ process. Meaning, do you rely on the commercially successful sounds or, is there something else that is more important to you?
I’m a mainstream DJ, so yes I don’t want to miss the hot records. But lately though, I have an ear for and have been spinning what feels soulful and good to me. The beat, structure and feeling are more important to me.

What is the single most important job of a DJ?
A DJ is playing a role on stage so, character, skill, a good ear and listening to your audience as much as possible, I believe, will help play the role right.

You can listen to sounds from Djayslim on “East African music on the go” on Zikister. You can download the application for free on your iphone and Android. You can also follow him on IG/twitter/fbook/snapchat: djayslim