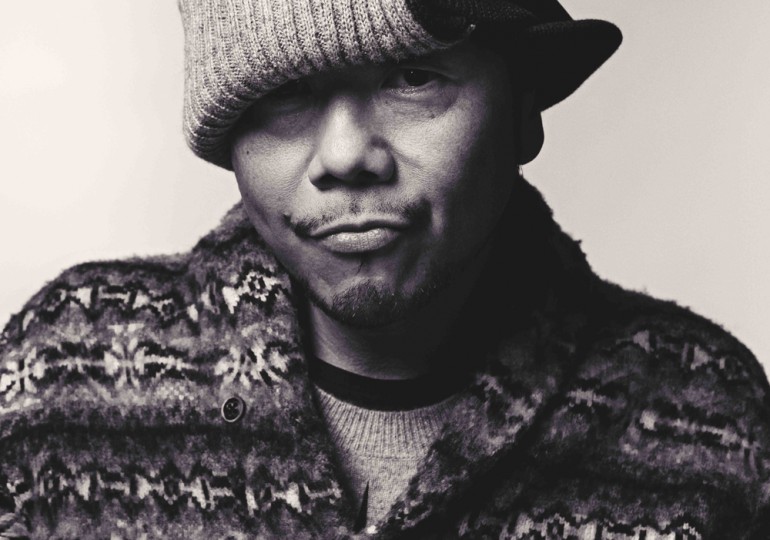 Dj Muro is one of Japan’s most prolific and well respected hip hop artists. A producer, a dj and a digger for obscure breaks and samples, he’s been active since the late 80s when he formed a group with that other Japanese icon, dj Krush. You may recognize his name from the station call we occasionally play at African hip hop radio. 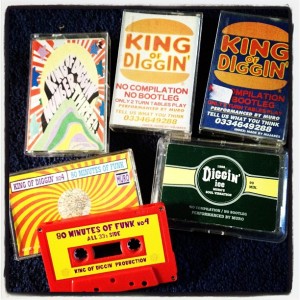 Outside Japan, Muro also gained notoriety with his King of Diggin mixtape series – originally on tape and later on cd, the mixtapes collected rare funk, jazz and other styles as sampled in hip hop productions. Remember this was back in the days before entire label discographies could be downloaded at 1 mb/s via the web.

Muro got his hands dirty and dug up records that had been all but forgotten. His compilations are characterized by impeccable mixing, great selections and a true b-boy esthetic, real mixtapes rather than compiled songs with silence in between. Later Muro classics include ‘Tribe Vibes’, a collection of rare ATCQ mixes and sampled originals, and ‘Hawaian Breaks’ which shed light on music that few people knew about until then.

The King of Diggin series was copied and distributed by heads worldwide, and in 2006 British record label BBE released a double bill compilation called ‘Kings of Diggin’ where Muro shared the honours with Kon & Amir, the duo whose ‘Off track’ compilation series also featured some serious Afro funk nuggets.

In 2010, Muro created a mix-cd called ‘Super Funky Afro Breaks‘, a collection of some well known as well as completely obscure funky African tunes like Manu Dibango’s ‘O Boso’, the Colombian version of Fela’s ‘Shakara’ by Lizandro Meza, the b-boy classic ‘Karam bani’ by Buari and the punk funk joy that is ‘Love me for real’ by Rim and Kasa (trivial knowledge: Rim’s son is a Ghanaian emcee/producer who used to be part of Ghana diaspora rap pioneers Soulatidoe).

And while those tunes may not be familiar to the majority of listeners out there, they are also not exactly ‘new discoveries’ – many had already been compiled or reissued. We know Muro’s crates are deeper than that. Bring in this new mix, done on the occasion of the first anniversary of Muro’s store Digot.

Muro is back with mad tunes, this time mostly from west Africa, from some of the recently compiled stuff to more obscure earlier highlife-related tracks like Fela Kuti’s ‘Mi O Mo’, a territory that many deejays haven’t really explored yet. Unlike the Super Funky Afro Breaks mix, this doesn’t come with a track listing but with the aid of the internet you should be able to find out the names of your favourite tracks.