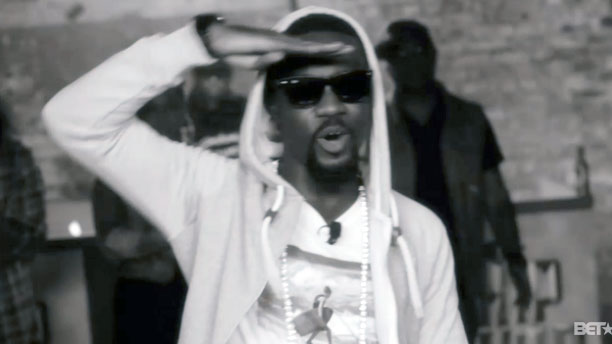 The much revered BET Cypher, one of the permanent features on the annual BET Hip Hop Awards, has built a little reputation by featuring African emcees on their cyphers. In the USA, not everyone is ready to hear foreign tongues through their speakers as can be seen in the responses via social media, but the slot has introduced watchers worldwide to the art of the likes of K’naan, Gsan (X Plastaz) and a team of Ghanaian and Nigerian emcees doing seperate cyphers on the last two episodes.

This year, Africa is back among the American giants with Sarkodie, who joined Jean Grae (yes – she’s a born South African), Talib Kweli and AB Soul dropping rhymes over the back beat provided by Dj Premier. Big deal? Yes we believe so, the Cypher is highly regarded on an international level as both underground and commercial, new talent and old school veterans join in the arena where skills is the only thing that will set you apart from the next man. This is Sarkodie’s second BET performance as he featured in the 2010 Ghana cyphers, too (see below).

The Cypher inspired emcees in other countries to do something similar, have a look at the Tanzanian cypher with Nikki wa Pili, Stamina, Cliff Mitindo, Country Boy, Babuu wa Kitaa and Fid Q: