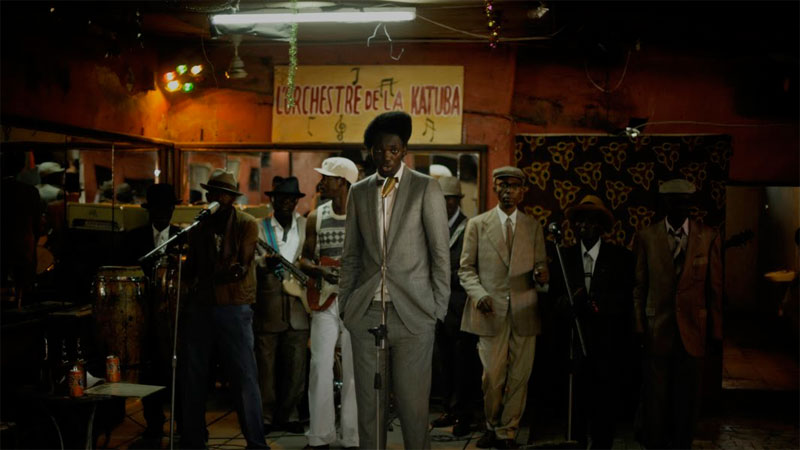 Always wondered what Konono N°1 would sound like in a hip hop setting? The likembe (thumb piano) group from Congo, who quickly made a name in the west after their music was released on cd and picked up by influential deejays like Gilles Peterson (BBC), are featured prominently in the latest project of Baloji.
As the Belgian-Congolese emcee revealed last year in African hip hop radio, he has been working on a new album ‘Kinshasa Succursale’ with veteran Congolese musicians. The video ‘Karibu ya bintou’ (or short film, as the press release has it) echoes the rawness we came to like from Baloji’s first solo video ‘Tout ceci ne vous rendra pas le Congo’ (1997) but the image and sound of the new video take it to a next level. ‘Kinshasa Succursale’ is already among our most anticipated African hip hop albums of 2010, and the good news is that it drops next week (January 27).