With a blistering 265,394 hits on Youtube. Spazz Out is the summer jam to watch out for by this native of Zimbabwe.

Martin ‘ZimKid’ Mzondo was born in Harare, Zimbabwe, one of three siblings and is a rapper/songwriter/producer based in the UK under his label ZimHop Records. Now that we got the basics out of the way, let’s get to it.

The name Zim is obvious (proudly boasting his origins). Kid, however, comes from his boyish looks despite the advanced age- that’s another story.  Wamambo is the title for the totem Ngara, which translates to either Crown or porcupine. Quite befittingly Wamambo also means lord, royalty, or king…I’m starting to catch the drift!

ZimHop music has been pretty much summed up as “Hip Hop but on my terms, I am Zim so its ZimHop” by ZimKid himself. The Zimbabwean dialect Shona and some native instruments are what set this genre apart from your basic hip hop music.

The lyrics are mostly relevant to his life experiences, which definitely makes the content interesting. His delivery is ingeniously through metaphoric wordplay in both English and Shona (Hunger my belly sounds like thunder, appetite for a better life to please my mother, average childhood mine wasn’t poverty struggle, it was the fear of being irrelevant like a shovel, unless somebody wants to dig a grave you good for nothing you dig) Admittedly he is an emotional subject, having served in the British Armed Forces for 8 years, so you can imagine that he has quite a lot to say.

ZimKid resides in Nottingham and also co-owns the registered Demented Duo Entertainment (D2ENTS) with Tarry Tee-Mac Mandaza. ZimHop Records also has other upcoming artists soon to blow up and I have a good feeling that this record label, under D2ENTS, will put a nation on the global music scene. 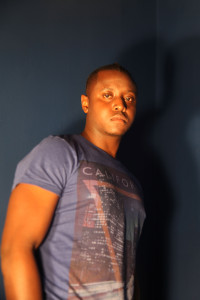