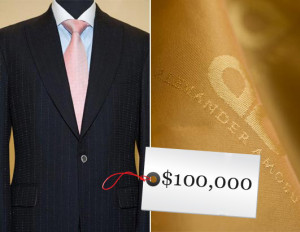 …First of all / I talk of how I dress in this /
in diamond necklaces / stretch Lexuses…
– Notorious B.I.G ( Juicy)

President Robert Mugabe of Zimbabwe should be the poster child for swag, how many African presidents do you know are so ‘gangsta’ they even have their own fashion range? Starting at $10 a pop under the label of the House of Gushungo, the 89 year old’s signature is splayed in silver studs and emblazoned on berets, caps, T shirts and when you see the Roman numerals 1924 on some items – that’s a nod to the presidents year of birth. Some people use the term ‘dictator chic’ but I am more interested in the illuminating response provided by the label’s designer Saint Mahaka to the BBC. He reportedly said:

‘The young guys are into fashion. They talk about label,label,label… he[Mugabe] is already a brand himself. We decided, there is Versace, there is Polo. There is Tommy Hilfiger, people are putting on these labels, but don’t know who they are and what the story is. We know President Mugabe’s story, we know who he is’ 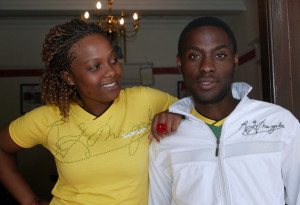 According to Bakari Kitwana ‘hip hop artists made brand names like Lees, Ralph Lauren, Pumas, Filas, Adidas, Timberland or Tommy Hilfiger must have products for hip hop kids’ (Kitwana 97). So you didn’t necessarily have to be able to spit but you could show your allegiance or exposure to hip hop culture by sporting your Kangols, Fubus, Timberlands or whatever. However chances are that you are simply a cog in a well oiled machine and you are inadvertently ‘sampling the Traditional American values of upward social mobility and consumption (defined by the gross acquisition of goods) (Fitts 225)

What is puzzling though is the wholesale acceptance and consumption of this ‘swag trophies’ in Africa. Fashionistas from Johannesburg to Lagos rock their Christian Dior’s without the slightest qualms that the head designer for the House of Dior had to be fired for making anti Semitic remarks but Mr John Gallianos discriminatory verbiage did not stop Lil Kim from rapping about her ‘cocktail dress by John Galliano’ in the ‘We Taking Over‘ remix nor did it disrupt Kanye Wests ‘Christian Dior Denim Flow‘. To bring the message more closer to home, would you rock a t-shirt designed by/for Joseph Kony, the most wanted man in Africa responsible for 2,600 civilian killings since 2008? In England Jews wouldn’t be caught dead driving a Mercedez Benz. Go figure.

Perhaps popping the collar of your prized designer gear right now would have a more symbolic effect, because the odds are that Tommy Hilfiger shirt with the lipstick stains your girl shouldn’t see has a ‘Made in Bangladesh’ tag or a ‘Made in Vietnam’ or Laos, but these days it wouldn’t have a ‘Made in America’ tag and the reason isn’t far fetched. The world of fashion is more The Sopranos than Sesame Street, no kiddie games out here, No sir, Kids DIE out here! 1,100 people perished when the 8 storey factory producing cheap clothing for the West collapsed in Hizlapara, Bangladesh. Bangladesh factories that churn out your Calvin Kleins, Hilfigers, H and M’s, Walmarts and others.

So whats the real price of your swag trophies? Anyone remember hearing slogans during American electoral processes like ‘the tree of liberty is watered by the blood of  patriots’, or words to that effect? We should coin one called the ‘tree of fashion is drenched in the blood of women and kids in Bangladeshi and Vietnamese sweat shops’. That’s the price for looking fly on T.G.I.F’s.

This is not an overture to African rappers to burn their considerable ‘8 Mile’ inspired wardrobes but to get a grasp of the subtle socio-economic nuances of the hip hop culture in Africa. Zimbabwean folk in their 30’s reportedly rock their Robert Mugabe T shirts with pride. U.N sponsored tenets like the rights to self determination includes the rights of a people to choose their own historical icons because the story of Mugabe rightly or wrongly resonates more with his people than the story of Versace or Ralph Lauren. Buying into that story has a commercial multiplier effect that stimulates local industry, diversifies the economy, provides employment for the indigenous and should be a moral, social and economic imperative through the length and breadth of Africa. Everybody has a story, right? 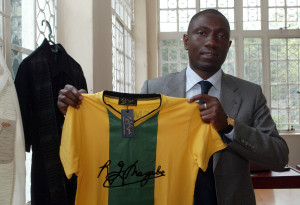 Everybody respects Jay z, well, rappers do, but when the owner of luxury brand Cristal, Frederick Rouzaud, in an interview with The Economist distanced his company from the ‘blinged out lifestyle’ espoused by rappers like Jay Z. Jay immediately pulled the plug on Cristal sales in his nightclubs. In his book Decoded he stated that he was ‘upset that the company was profiting off his free endorsements without due respect from Mr.Rouzaud’ (Jay Z 83-6). So disrespect should apparently be met with an appropriate response? Interesting, pray tell – whats the appropriate response in your neck of the woods in Africa? 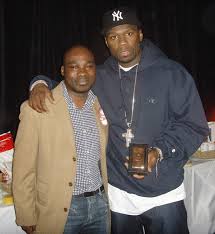