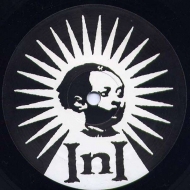 This user has not added any information to their profile yet.

Juma4 (Jumanne) or simply J4 is the founder and editor of Africanhiphop.com, a popular internet platform promoting African hip hop culture that has been online since 1997. He has worked as a researcher/editor for various online platforms including Africaserver, Baobabconnections and This Is Africa and has contributed to numerous musical products including the Rough Guide to African Rap and publications in a.o. Newsweek and Allhiphop. His own writing was published in Waxpoetics, The Guardian and numerous online magazines.

Juma4 co-produced ‘Hali Halisi’, the first documentary on hip hop in East Africa (1999), and shot a number of music videos for rappers from South Africa and Tanzania. J4 managed the Tanzanian hip hop group X Plastaz who released an album on the international market and toured Brazil, central Africa and Europe. As a radio presenter he has pioneered African urban music on an international level through the African hip hop radio webcast and Dutch national radio (Vpro 3voor12, NPS and FunX).

Juma4 is also known as Dj Gioumanne, known for the groundbreaking Afro Cosmic Club series of mixes, released through The Fader, Okay Africa and Africanhiphop.com.