Tripple 2 : From Accra with Love

One named Peter, One named Paul…Psyche! From the land of the Black Stars to the Land of the Midnight sun, twins Chris and Akrong have been representing their native Accra Ghana and Finland to the fullest with their producer, Quincy Valentine, these guys have chalked up over three million views on Myspace, completely sold out all copies of their debut album ‘Straight up’ in 2012 and opened acts for the Wu Tang Clan, Lil John, Flo Rida and Mario in Helsinki and Turku.

Accra is definitely representing with these two brothers who are bringing their robust brand of hip hop to a growing appreciative appreciative audience in their adopted Finland, wouldn’t you agree?

Check out the official video for ‘Funky Flame’ above. 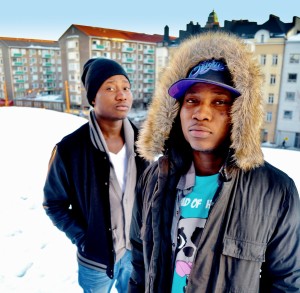