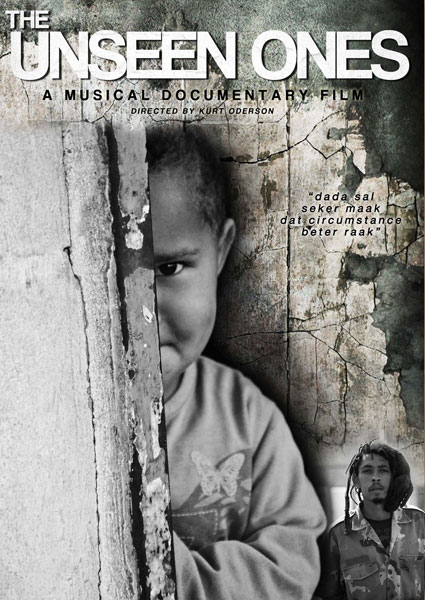 Kurt Orderson is a young film maker hailing from Cape Town, South Africa. His first documentary ‘Definition of freedom’ (2004) highlighted the role hip hop played in the struggle against Apartheid, and in ‘Prodigal Son‘ he traces the story of his great grandfather who had come from Barbados to South Africa, escaping the colonial regime at the time. His latest hip hop related work is a short documentary film that comes with a bonus music video. Both can be seen in their entirety on this page.

‘The Unseen Ones’ (watch the video above) is about 27-year old Leagan Davids (artist name: Nico10long) who lives in Wesbank/Delft, a poor township some 40 km from Cape Town CBD. Living there and raising a three-year old daughter he faces crime, lack of proper education and unemployment in the neighbourhood – many of these issues are felt all over the Cape Flats. Leagan is also an emcee and he uses Afrikaans to talk about every day life in his hood, telling the stories that don’t make it into the newspapers. The Cape Flats are seldom shown on national TV except when reporting on gang activity.

The track ‘Vaderfiguur’ (below) talks about the reality of raising a 3-year old daughter without having a job.

And keep an eye on Kurt Orderson – he’s working on a fiction feature film, among other projects, and there’s ‘Breathe again’, his latest documentary about black swimmers in South Africa – watch the trailer.