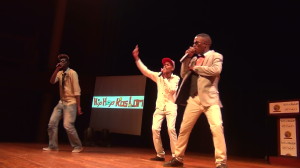 Hip Hop Kaslam 2nd Annual Spaza Awards
Hip Hop Kaslam is a pioneering movement that surfaced in Gugulethu, which has for the past four years provided an army of youth with the creation of hip hop events that serve as a platform to express all their life experiences and life perceptions through music, dance and spoken word, within the hip hop context. Hip Hop Kaslam performers differ from the rest in a way in which they touch-base with their cultural roots as they perform in their respective vernaculars.

Hip Hop Kaslam is set to have its 2nd Annual Spaza Awards, which acknowledging artists for their innovative and outstanding work, not limited to South African artists but to the entire African indigenous language arts movement. Rising and established artists ranging from Spaza emcees to poets to beat makers will be awarded during the celebration, for pushing this edgy strand of Hip Hop forward. Well-known artists in the Spaza industry the likes of Dat, Ndlulamthi, Site-C Squad, Sound Fusion, Sphura EC and Buli and others will rock the stage with performances on the night.

Nominations are currently open and artists can nominate themselves or supporters can nominate their favourite Spaza cats. The closing date to nominate is Friday 16 August and the final list of nominees will be announced on Monday 19 August. The final nominees will be reviewed and assessed by a panel of judges which consists of hip hop industry professionals. They are required to vote based upon quality alone, and not sales, popularity or personal relationships.

There are two people’s choice awards, Best Song and Best Performer, which will be voted by the audience on the night of the Awards and one award – Best Hip Hop Kaslam Supporter – which the founders of the movement, Dat and Lady P, will decide upon. 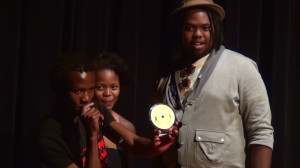 The Spaza Awards will be taking place on the 14th of September 2013 and will run from 5pm till 8pm at Baxter Concert Hall in Rondebosch. Tickets are R50 and are currently available from Computicket, Shoprite or Checkers outlets. A bus will be available to pick up and drop off audiences in Khayelitsha, Gugulethu and Delft; the bus is sponsored courtesy of Solomons Bus Service. 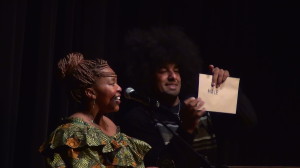