Review: MI – Talk about it 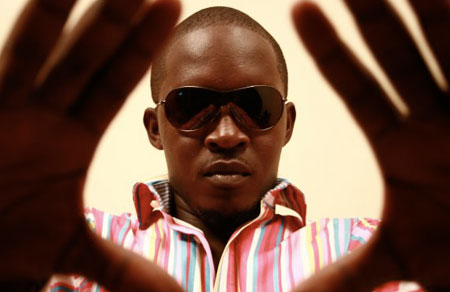 Yes, Nigerian hip hop is alive and kicking. And to catch up with some of the recent developments on the local scene, Dro Ameh will be gracing these pages with updates on the outstanding artists, releases and events. First up is a review of ‘Talk about it’, one of the more prominent hip hop releases to come out of Nigeria in the past months.

M.I. is a Taraba native and now resident Lagos rap artiste that started out in Jos,Nigeria. Till date, a song from M.I. is playing on every Nigerian music lover’s deck (or music player be it hardware or digital), from the passive hip hop head to sing along music faithful.

One thing that’s undoubted is the work the Chocolate City team (the label that he is signed on to) put in getting the M.I. brand going. The hype made you pick the ‘Talk about it’ album or a friend recommended it, that’s if you don’t have a favourite from all the singles. Almost every track on the album became a single on radio.

The impression is that we may have found the ‘messiah’ for hiphop in Nigeria. Let me input here that production wise, I envy the album but do I see M.I. as the acronym of Messiah indeed?

The plan was to review the ‘Illegal music’ compilation he did for Blast magazine but lost the CD after cracking it, I got interested in it when I was told he jacked a line from Jay Z. I’m not getting into details please.

So let’s look at the ‘Talk About it’ album. Word is it moved 30,000 copies in 30 minutes. Tracks that took the album to the climax are Intro, Anoti, Teaser, Safe, Blaze, Jehova, Hustle and Crowd Mentality. In addition to agreeing with Ugo Dre, a friend who reviewed the Forever track as “A likable song that will satisfy any appetite craving for commercial hip hop. M.I is officially Naija’s Lil Wayne as this guy sounds pretty good on R n B laded songs” and calling it an alternative hiphop album, I pray he hasn’t give Nigerian artiste a license to misuse the auto tune software.

The intro shows off some sense of humour but then lingers well for one to take it serious. M.I introduces himself as a brand new MC (wondering if he wants us to forget he made a debut ‘pyeferi boy’ album) with a distinct flow that moves a crowd. “It’s a quintessential Naija Hip hop anthem”, as noted by Ugo Dre. On the safe ‘track’ and the song that tickled my fancy in the rapper sees M.I. almost hit a classic track. Ill crafted lyrics and a beat to ‘make you run for cover’ if you are not with it.

‘Teaser’ particular caught my interest because Pype was on it and makes you anticipate the Nas and Damian Marley album being talked about. Definitely, one ‘beautiful’ track without Pype trying to be Damian. Blaze does well too with Ice Prince riding with the Abaga brothers (M.I. and Jesse Jagz).

‘Jehova’ is a contemporary church track from a hip hop head. M.I reaches heaven to caress the mic. The trademarked silky smooth and perfectly rhymes and flow woven around the beats. It’s noteworthy that the ‘Hustle’ track is without his trademark RnB choruses that come with most with M.I. songs. Crowd mentality as a joint nails it leaving the R&Bs.

Ultimately, I’d say M.I. cuts across as one to be loved by the record labels, passive hip hop fans, ladies and the average music lover but measuring M.I. as a messiah with lyrical content of ‘Talk about it’ is null. I stay on the fence of those who don’t think it’s a classic album, but he gets a job well done.