Hali Halisi, rap as an alternative medium in Tanzania

In June 1999, Madunia foundation (at the time, the organization behind Africanhiphop.com) filmed Hali Halisi, a 30-minute video documentary about hip hop in Tanzania (East Africa). It was the first documentary to speak about the way in which African hip hop artists spread awareness on issues in their communities. The influence the film has had on policy makers, journalists and other film makers should not be underestimated. You can watch the 30-minute documentary on Youtube, see the links at the bottom of this page.

Hali Halisi (a Swahili expression meaning “the real situation”) portrays rap as an alternative medium in Tanzania. Rappers and experts give their views on the emerging hip hop scenes of Dar es Salaam and the island of Zanzibar, and their thoughts on the importance of rap as a medium for communication and an instrument of change. The film centers around the most popular emcees at the time, including Mr II (Sugu), Deplowmatz, Gangwe Mobb, GWM, X Plastaz and Bantu Pound. 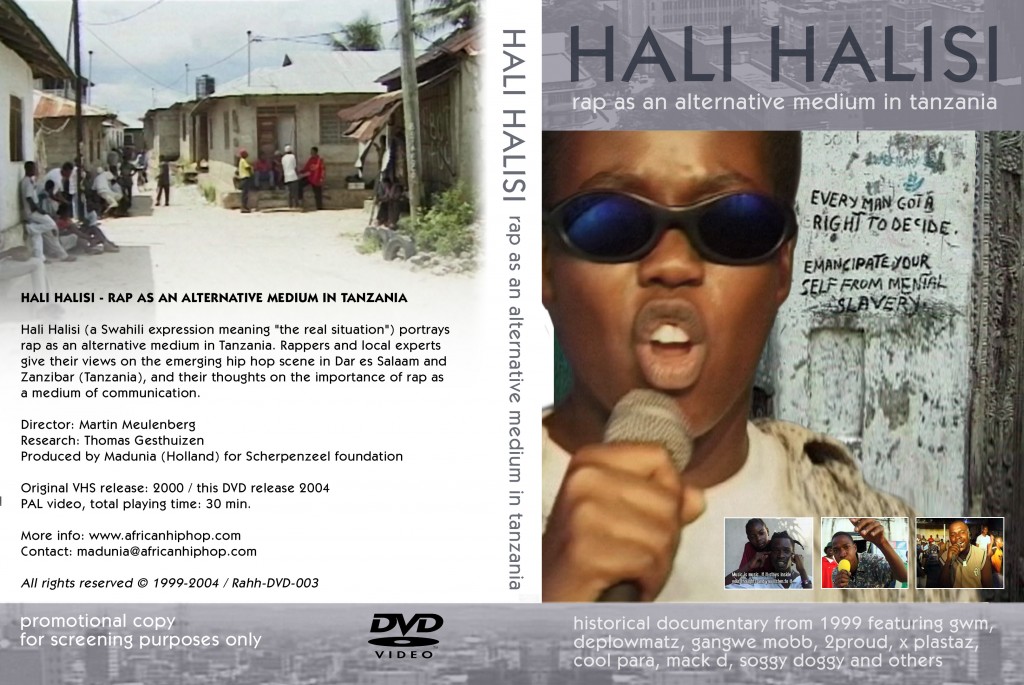 The film was directed by Martin Meulenberg, a teacher at the School of Journalism in Utrecht (Holland), while research was carried out by Thomas Gesthuizen, editor of the Africanhiphop.com website. It was primarily aimed at students from schools of journalism around the world, but Madunia received orders from many different people.

Hali Halisi was previously shown at the Zanzibar Film Festival (2001) and the Vancouver International Hip Hop Film Festival in Canada (2004). It was broadcast in Tanzania by ITV while webportal Aka.com showed parts of it online in 2001. After 2004, when Hali Halisi was awarded ‘Best documentary short’ by H2O hip hop film festival in New York, it was screened at various film festivals around the world. 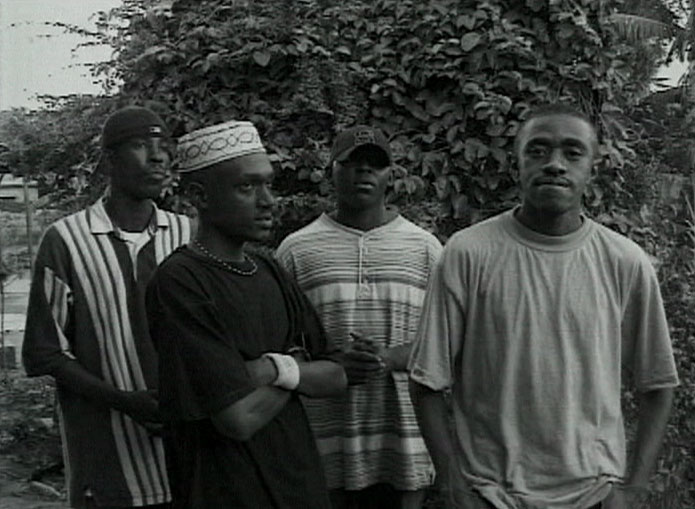 A quote from the film (Dola Soul, Deplowmatz, see photo above):

Hiphop shouldn’t be all about ‘I shot your mom, fuck your dad. People are dying out there in the streets, people are executed in countries. We want to bring out messages in our raps and tell the people what is going on and how we can change the world to make it a better place to live in.

Some of the artists featuring in ‘Hali Halisi’:

And experts from Basata / Radio Tanzania 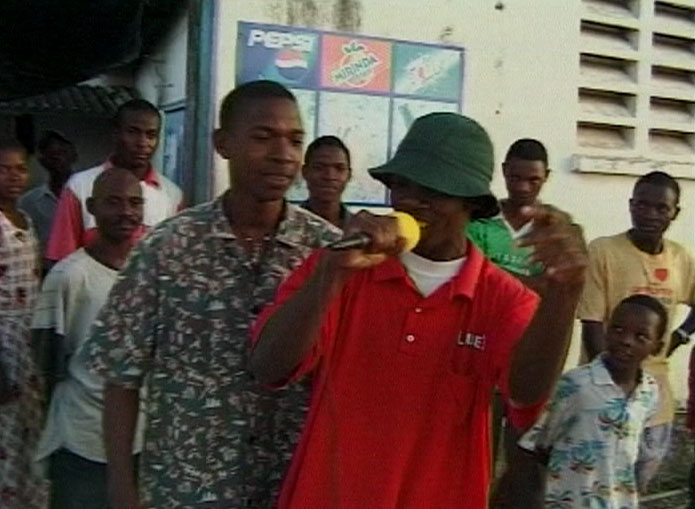 Photo: GWM (Gangsters with Matatizo) freestyling at the football stadium in their hood of Temeke ‘TMK’, Dar es Salaam

Hip hop in Tanzania
The documentary gives an impression of rap in Tanzania at the time when it was made (1999), before the local, commercialized variety of hip hop came to be known as ‘bongo flava’ (bongo flavour). Tanzania has had a thriving hip hop scene since the early nineties, and many emcees rap in Swahili, the most important language in the region. Since 1999, a lot has changed: while locally produced rap has become the most popular musical genre in the country, the themes of lyrics are no longer predominantly conscious. Still, a large and growing underground scene exists and recently, pioneer as well as new artists have shown efforts to organize conferences and workshops, thus regaining focus on the use of hip hop culture as a tool for developing society.

H2O award
The documentary Hali Halisi – rap as an alternative medium in Tanzania by Madunia, the people behind the Africanhiphop.com website, has won an award for Best Short Documentary at the fourth edition of the H2O (Hip Hop Odyssey) film festival which took place in New York in the first week of November 2004. It’s the first time for an audiovisual production on East African hip hop to receive major acknowledgement outside the African continent.

Female emcee Jean Grae handed the award to co-producer Thomas Gesthuizen (a.k.a. Juma4) during the Awards ceremony which took place on November 7 in the Symphony Space hall in New York. At the same occasion, honors awards were given to pioneers Kurtis Blow, Queen Latifah, RZA (Wu-Tang) and Russell Simmons (Def Jam). 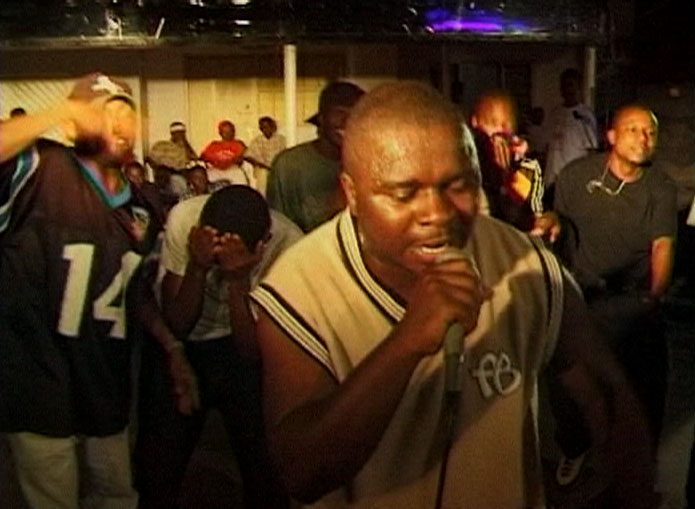 Credits
‘Hali Halisi’ was produced by the Madunia foundation, in commission of the Scherpenzeel Media Foundation. The video was made on not-for-profit basis and VHS (and later DVD) copies were distributed against cost price. The organization behind the documentary, Madunia, no longer exists, but screening permission can be obtained from the African hip hop foundation. The Foundation also stores the 20 hours of footage that were shot at the time in Dar es Salaam and Zanzibar. Just drop us a mail through the contact page.