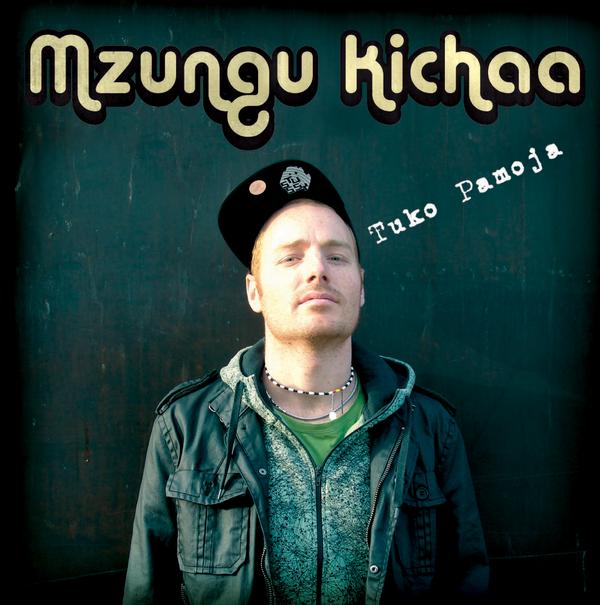 ‘Mzungu kichaa’ (crazy white guy) has been an expression circling in the Tanzanian hip hop scene ever since a Danish rapper called Joker did a collabo with popular artist Mr II (Sugu aka 2Proud) back in 1998. Ever since, every white man involved in Tanzanian hip hop would be referred to as ‘mzungu kichaa’.
Until the real Mzungu Kichaa stood up (real name: Aspen), an artist from Danmark who grew up in Tanzania, came to speak Swahili quite fluently and picked the moniker of Mzungu Kichaa. He was heard on a couple of bongo flava hits doing choruses back in 2001 already and now he has an album ready. The video to the first single is ready, the wonderful ‘Jitolee’ featuring Professor Jay. Stay tuned for the long overdue interview which we recorded last year already.