Live at home with Baloji 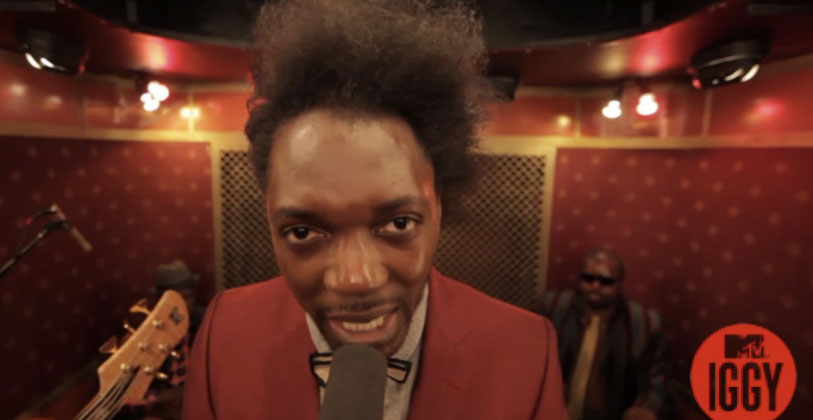 If you couldn’t make it to last month’s edition of our annual Doin’ it in the Park festival, you missed out on an amazing gig by Baloji and his Orchestre de la Katuba. Fortunately there’s MTV Iggy. The web-only channel, which to us is the coolest MTV incarnation since they started broadcasting music videos a lifetime ago, focuses on indie music from around the world. This includes some of our popular African performers, and indeed Baloji did a set in NYC at a bar called Pete’s Candy Store which was recorded by MTV Iggy.

The place has an intimate vibe which was captured well on video, it’s the next best thing to a private concert in your living room. Watch ‘Nazongi’ below, plus a short interview, and go to the MTV Iggy site for more.