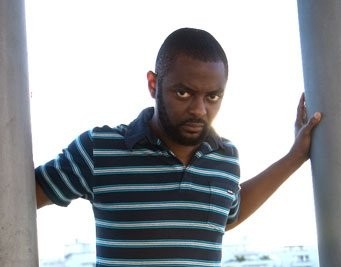 You are bound to remember him from our article on 1980s / early 90s Nigerian rap: Mouth Mc is one-third of the late 1980s group Emphasis. The trio known together as Emphasis recorded hit songs like ‘Which one you day’ and ‘Cool down no vex’. Their debut album Wazobia pioneered the pidgin English rap genre. After his tertiary education in Nigeria, Mouth MC returned to his native London.
Mouth Mc made a comeback under the new pseudonym of ‘K16′ and in 2008, he got signed to Ikuku records where he released tracks like “If you neva sabi’ and ‘Ikebe’.

Here’s a new viral video titled Free me Jor.  The track rides on a simple but catchy hip-hop beat and hook. His verses are delivered in a mix of Pidgin and smooth English: