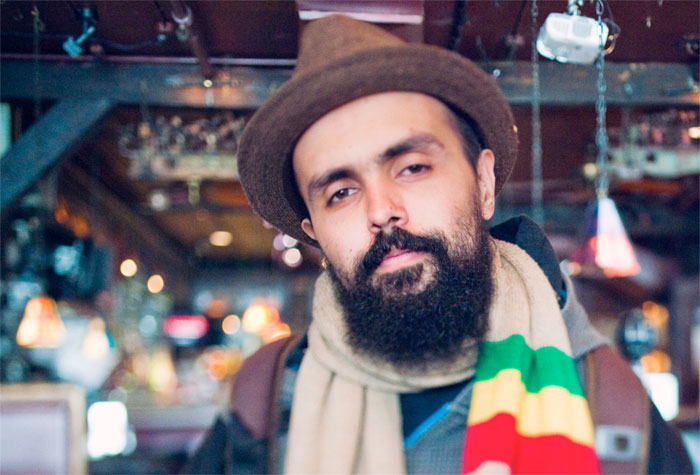 Gabriel Teodros is a hip hop artist and a member of the groups Abyssinian Creole and CopperWire. He is of Ethiopian, Scottish, Irish & Native American descent, and was raised on Beacon Hill, Seattle, Washington. Teodros’ music is determined by a social consciousness that tackles issues such as sexism, racism and homophobia, with constant references to his engagement towards the Third World issues due to his Ethiopian background. He was a catalyst in the surge of dynamic underground rap acts from the Pacific Northwest during the first decade of the 2000s.

In January 2012, Teodros released Colored People’s Time Machine, his first full-length solo album since Lovework. Colored People’s Time Machine was recorded in Seattle and Brooklyn, and is a multi-lingual, multi-genre album that featured vocal, instrumental, and production collaborations with 20 different artists. On it, he explored themes of love (Goodnight, a brief interlude on a long-distance relationship), cultural identity (Blossoms of Fire), personal identity (Alien Native, a biographical tale), the concept of home (Diaspora and Beit), loss (Ella Mable Bright, a tribute to his grandmother featuring Meklit Hadero), music (Colored People’s Time Machine, and Sun and Breeze, also featuring Meklit Hadero and Amos Miller), and the music industry (You A Star, on which he warns about the pitfalls of the industry and the danger of buying into the illusion of stardom). Other guests on the album include Mexico City’s Bocafloja, Los Angeles emcee SKIM, and Palestinian wordsmith Sabreena Da Witch.

More about Gabriel Teodros at his official page.