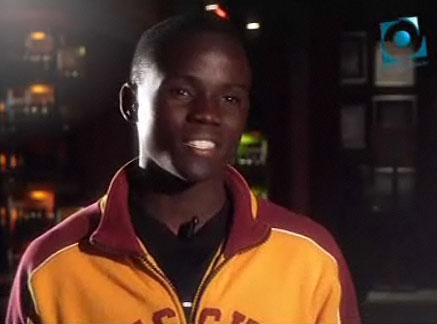 In the first episode of African hip hop radio at FunX Lijn5 after the summer holiday, GMB and J4 talk to African hip hop radio host Lee Kasumba in SA who also hosted Emcee Africa 2. She talks about the results of the final round in Botswana in which 17-year old Cibil Nyte battled his final opponent, C-Real from Ghana, as well as freestyle champ Zeus and was crowned Emcee Africa, parting with 10.000 U$. He also recorded a track with the jury members Proverb, Naeto C, HHP, Nazizi and Zeus.

You can watch some of the highlights of the battles at the Mnet website.

This episode was recorded for the Dutch edition of African hip hop radio; presentation is partly in Dutch but the interview is in English.