Botswana's Get Up and Go Tour to fight HIV 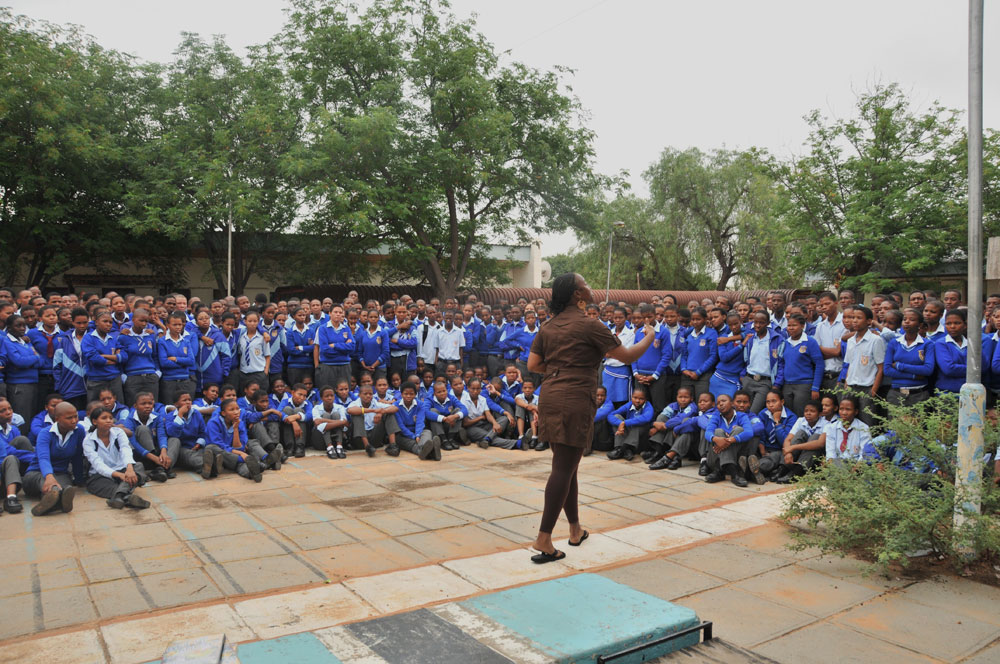 Pic: Toni Blackman after outreach at a school in Kang

On the occasion of World Aids Day, the 1st of December, some of Botswana’s most popular hip hop artists joined in the Get Up and Go Tour, a campaign traveling around the country to inspire an HIV-free generation. MC/Poet Toni Blackman, the official U.S. Hip Hop Ambassador, reports from Botswana in this new series.
The midday sun beats down on the earth so hard that I could’ve sworn the boom bap was coming from the clouds. It wasn’t until an hour later as the rain poured and the thunderous sky roared that I realized it was Mother Nature puttin’ in work. Sky juice fell for about 45 minutes, but quickly dried. The air was cooler, the vibe calmer and the show was ready to begin. Kast, Apollo Diablo, Scar, Zeus, Spurt, Tref, Billy Slugz, Enigma, Touch, Cybil Nite and Chub Heightz took to the stage as if they were fighting for dear life. “The lives of the next generation are at stake!,” Salim of the Kast Foundation shouted in Setswana. After prepping for the “Get Up and Go” tour and learning about the devastating HIV statistics not only in Botswana, but in the U.S., I realized that I too came here to fight.
The “Get Up and Go” project partners included the U.S. Embassy, Kast Foundation and YOHO. The CD was released earlier this year with the DVD as a follow up messaging tool. This project had several unique components. For example, the more established artists served as mentors for the up and coming talent, hip hop theater artist and director, Will Power, led workshops at the onest which helped the artists build community amongst themselves. An excellent example of what the legendary KRS One would call ‘edutainment’, the “Get Up and Go” project seeks to use artistic excellence as a way to inspire an HIV-free generation. The songs were carefully crafted to avoid being preachy and/or corny and the individual music videos done for each of the songs really helps to dramatize the message. There is some phenomenal storytelling on the project. Chub Heightz spits one of my favorite new tracks, “Mothers and Sisters” with a refrain that chants “We Salute You”. It’ll sit next to Tupac’s “Dear Mama” on my list as one of the best tributes to women that I’ve heard in a very long time. 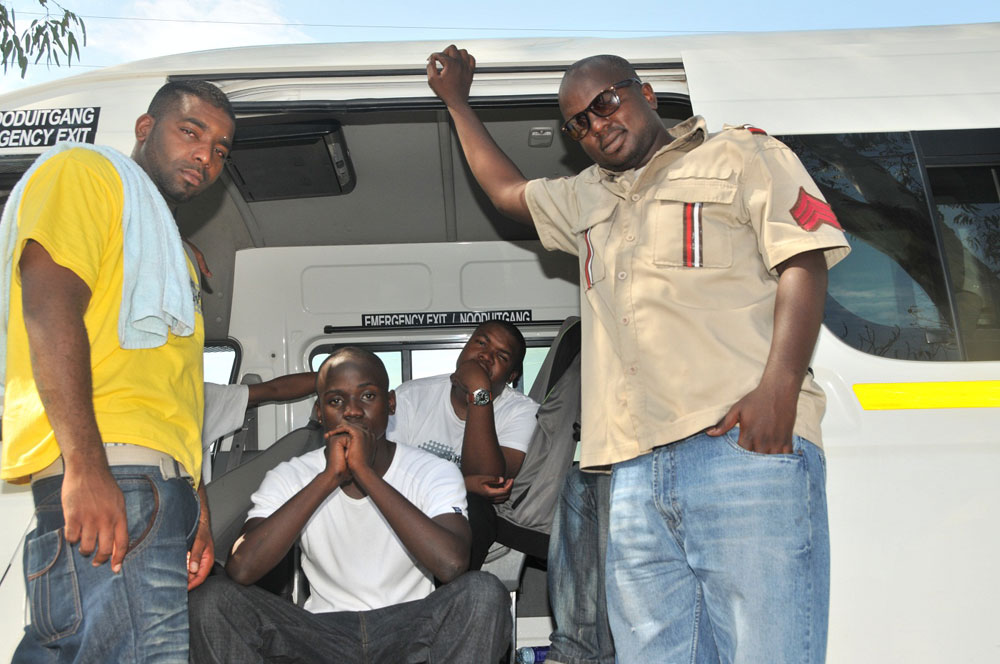 I first came to Botswana in 2004 as a part of my work as a Cultural Ambassador for hip hop. The first hip hop artist to be invited by the U.S. Department of State, my initial assignments were pilots for what has evolved into a comprehensive hip hop diplomacy program employed by the government. These opportunities have given me the chance to not only expand the work I do, but to build relationships independent of institutions. I’ve also been able to discover music that I might otherwise have never heard and to collaborate with artists throughout the diaspora. As a matter of fact, I’ve spent the past few months collecting files for the mix and mastering of my EP, “Travels of a Lyrical Ambassador”, to be released in 2011. It includes material recorded in Cote d’Ivoire, DRC, Senegal, South Africa, France and the U.S. 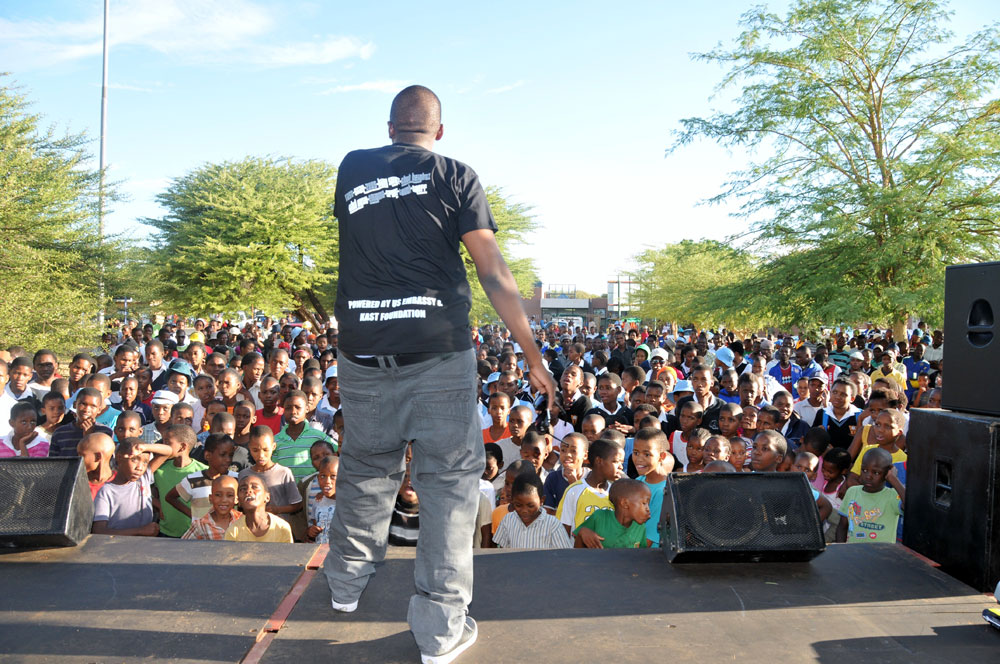 Pic: Zeus rocking the crowd with the message in Jwaneng

The “Get Up and Go Tour” launched in Gaborone and is taking us to Jwaneng, Kang, Ghanzi, Shakawe, Gumare, Maun, and concludes in Palapaye for a national World AIDS Day event on December 1st. The personnel at the U.S. Embassy really seem to ‘get it’ and have allowed the Kast Foundation to do their thing. Oftentimes government partnerships can be laden with so much bureaucracy and so many politics that the message and project goals get lost. The model for this project could be replicated in other communities around the world. The ways that hip hop can be used as a tool for social change are limitless. HIV is asking us to fight for our lives and the lives of the youth. We’re at war, but in the words of Fela, one the greatest musical warriors to have ever lived, “Music is the weapon!”

*In my follow-up post I’ll share music from these Botswana MC’s and highlight the Get Up and Go artists.

Facebook page for the Get Up and Go tour: www.facebook.com/U.S.EmbassyGaborone