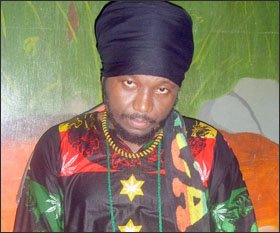 In April 2009, three months before Obama picked Ghana as his point of departure in Africa, Blakk Rasta visited the African hip hop radio studio. The Ghanaian reggae singer / radio presenter scored a number one hit in several African countries last year with his song ‘Barack Obama’ in support of the now-president. In Holland he linked up with promoters for a possible European expansion. In the studio he spoke about his history and carreer, about religion, his beef with the the Ghana Music Awards and he dropped an acapella version of the Obama song.

This episode was recorded for the Dutch edition of African hip hop radio; presentation is partly in Dutch but the interview is in English.