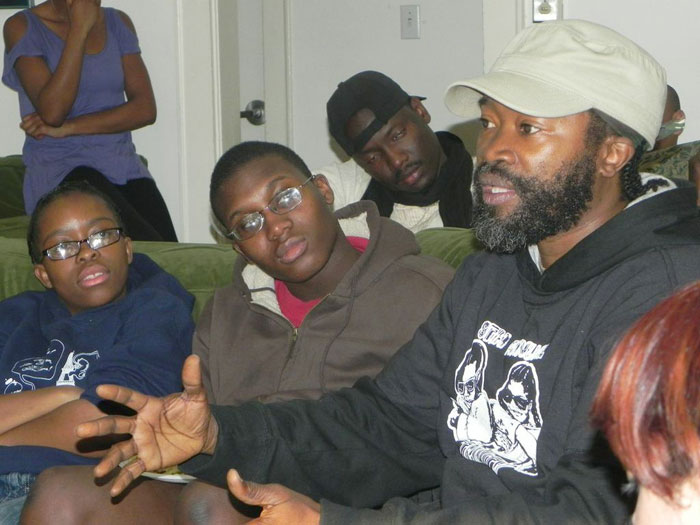 The 8th annual international hip hop festival was held at Trinity College from April 4-7, 2013.  It was one of the most successful festivals in the college’s 8-year run.  Organized by the Trinity Chapter of Temple of Hip Hop, Nomadic Wax, World Hip Hop Market and Zulu 860 (the Hartford chapter of the Universal Zulu Nation), hundreds of hip hop heads – artists, activists, educators, students – converged on the small liberal arts campus in Hartford, CT (USA) to celebrate the global power and reach of this cultural and political phenomenon called hip hop.  The theme of this year’s festival was “What is Hip Hop?: The Local as Global”, a theme meant to indicate how people from different cultural and national backgrounds are connected through hip hop forms of expression.  It turned out to be three days of performances, lectures, panel discussions, film screenings and more.

Once again Africa and her Diaspora represented to the fullest.   Artists and delegates from Kenya, Burkina Faso, Gabon, Senegal, Tanzania, Senegal, and South Africa represented for the motherland. The festival kicked off with a pre-fest lecture by Prof. Seth Markle, Assistant Professor of History and International Studies and Faculty Advisor of Trinity Temple of Hip Hop, with an interactive lecture on the beat producer Madlib and how he samples from Zambian psychedelic rock of the 1970s in his album, Medicine Show #3: Beat Konducta in Africa.

On Thursday, Carol O’Connor, executive director of Rhyme and Reason, gave an in-class lecture on how hip hop is used as a tool of education in Ghana and Ethiopia for the course ‘African Nationalism & Decolonization.’ Other lectures with an Africa thematic focus included, “Notes on the African Heritage in Mexico, Hip Hop and Counter-Hegemonic Movements in Latin America” by Mexican rapper-activist, Boca Floja.  And on Friday, filmmaker Yanick Letourneau showed his 2012 documentary film, United States of Africa, a film that follows West African hip hop pioneer Didier Awadi as he crafts a new album that shines light on black revolutionary leaders such as Kwame Nkrumah, Thomas Sankara, Malcolm X and Cheikh Antah Diop. 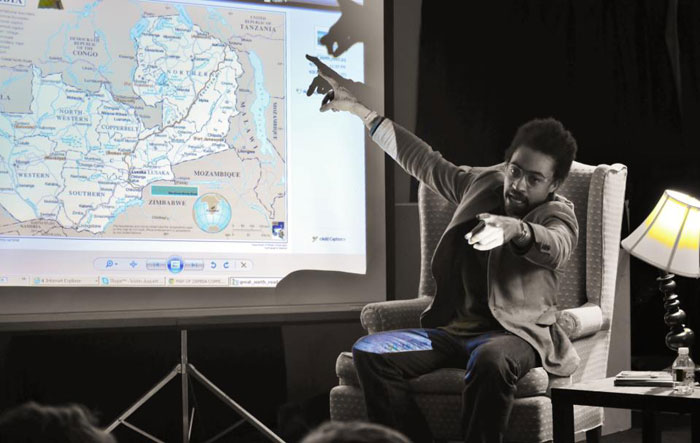 The Cinematic Ciphers represented a new programmatic component to this year’s fest.  Over delicious food, participants watched short documentary films about hip hop in Asia, Africa, the Middle East, Latin America and the Caribbean.  At the Africa Cinematic Cipher, close to 25 participants showed up to the Umoja House (a student cultural house)  to watch short documentary film produced by Nomadic Wax on hip hop in Burkina Faso, which was followed up by another documentary short, Ni Wakati, on dead prez’s East African tour in 2007.   The discussion that followed was an intriguing one, as participants discussed the state of hip hop in Africa, making references to the difference between commercial hip hop and “real” hip hop and how the media industry in Africa is taking great strides in hijacking hip hop and stripping it of its political power. 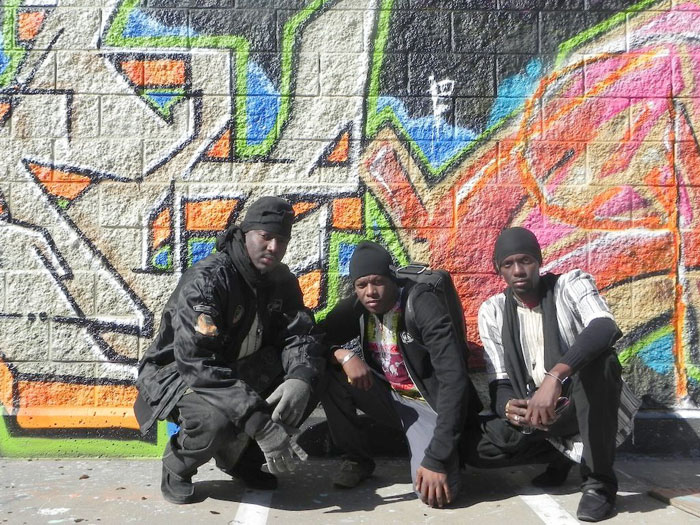 The performances by African hip hop artists took place on Friday and Saturday and they did not disappoint.  At the Live Medium showcase, the Senegalese trio of Maktar, Bedyi and Ibrahim, known as Bideew Bou Bess, performed a set that combined the traditional with the modern while Kama, one of the founding members of the Nairobi-based group Kalamashaka and Ukoo Flani Mau Mau, dropped a dope set, spitting Kiswahili lyrics over classic head boppin’ hip hop beats. 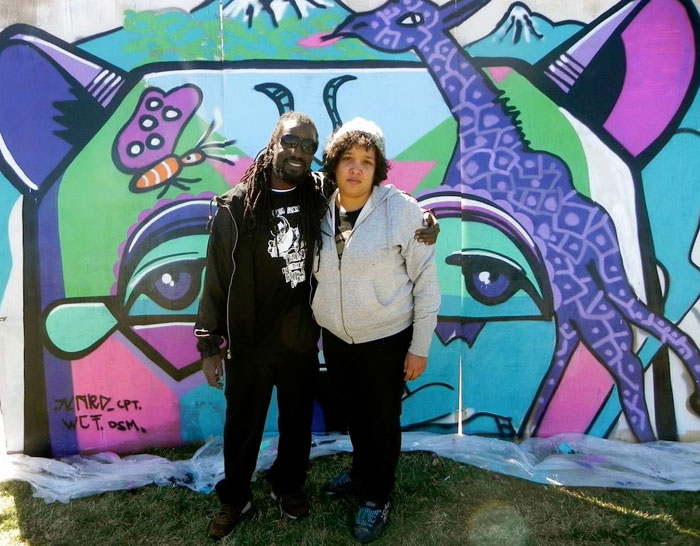 Humanist, a Burkina Faso rapper who had performed throughout the US this past month, also brought down the house. Rockin’ a white tee that read ‘Africa United’, Humanist showed and proved to the audience that hip hop in French West Africa was alive and well.  On Saturday, festival participants were able to relax outside and observe the artistic talents of over 20 graffiti artists.  The Live Graffiti Exhibit featured 2 graf writers from Africa: Nard Star (South Africa) and Mejah Mbuya (Tanzania).  Their collaboration resulted in one of the most stylistically unique murals of the exhibit. The Main Stage concert on Saturday night, headlined by the revolutionary hip hop group dead prez, witnessed a lively performance by Senegalese hip hop duo Keur Gui whose energetic set energized the crowd. 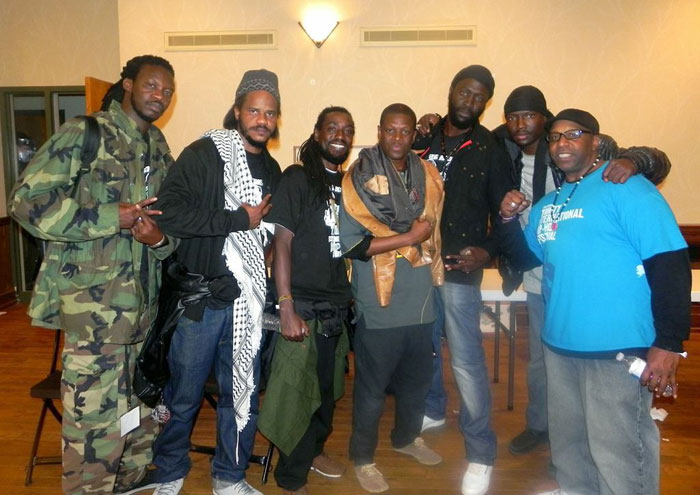 The 8th International Hip Hop Festival revealed, with a shadow of a doubt, that there is truly an African Hip Hop Movement that continues to grow and expand beyond the art of rhyming and to serve as an outlet of creative expression for marginalized youth.