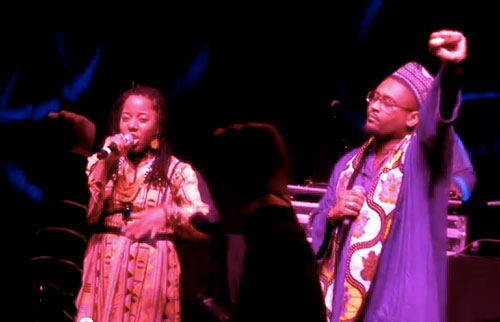 From March 29th-31st 2012, artists, activists, educators, students and academics converged on the campus of Trinity College in Hartford, Connecticut (USA) for the International Hip Hop Festival.  Tucked neatly between New York City and Boston in northeastern America, the city of Hartford has been the meeting ground for global hip hop for seven years where participants are introduced to hip hop movements from across the globe through films, lectures, workshops, discussion panels, b-boy/b-girl & DJ battles, and musical performances.

Since its inception in 2006, the hip hop festival has witnessed its fair share of African representation.  Last year, in 2010, South Africa’s Jean Grae headlined the show while hip hop organizer Buddha Blaze, aerosol artist Mejah Mbuya, and artist Amakoulel came to Hartford reppin’ Kenya, Tanzania and Mali respectively.  This year was no different with artists hailing from the Democratic Republic of the Congo (DRC), Tanzania, Rwanda and Mozambique. 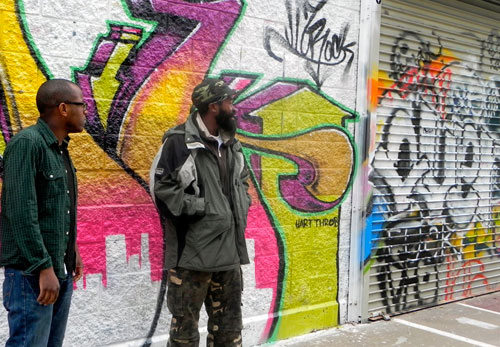 Bongo’s own Zavara Mponjika aka Rhymson of the legendary hip hop crew Kwanza Unit (on the right in the picture on top) was a delegate to the festival. He was part of the first day’s Hip Hop Lecture Series where he addressed the history of hip-hop in Tanzania and aesthetics of Kiswahili lyricism.  Mozambique and Black Britain’s dynamic duo of Mohammed Yahya and Sarina Leah of Native Sun delivered an insightful interactive workshop on hip hop’s relationship to human rights by deconstructing the pro-human aesthetics of rappers like Queen Latifah, Lupe Fiasco, and Nneka.

Zavara also delivered a second lecture for the course, ‘African History, 1850 to the present’ taught by Seth Markle, an Assistant Professor of History & International Studies at Trinity College. Students came to the class already having read two important documents penned by Tanzania’s first president Mwalimu Nyerere: ‘What is African Socialism?’ and ‘Education For Self-Reliance’.  Students were also required to read an essay by historian Susan Geiger on the role of African women in the Tanganyika African National Union (T.A.N.U) during the 1950s. 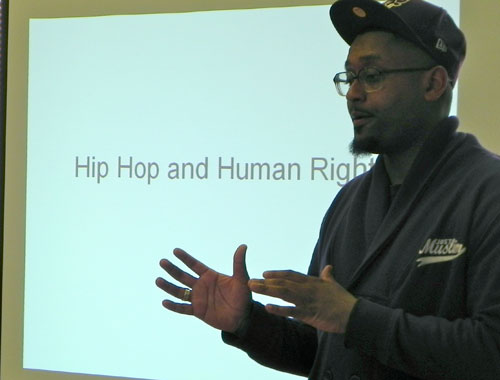 Armed with some basic knowledge of the struggle for national independence of the mind, body and soul not only in terms of political and economic freedom, students embraced Zavara’s discussion on the importance of Kiswahili to Tanzanian national identity from the period of Ujamaa na Kujitegemea to the current era of Kiswahili Hip Hop as he played classic songs from old school singers Salimu Abdallah and Remy Ongala and hip hop artists such as Kwanza Unit and current sensation Zaiid. 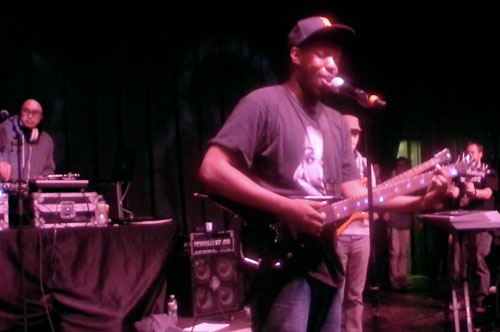 Apkass (DRC) started off the first night of live performances with a 20-minute set of spoken word from his album ‘En marchant vers le soleil’.  The following night Shab (Rwanda) and Native Sun warmed up the 200+ crowd for headliner Brother Ali with energizing sets.  While Shad put on his display his musical skills by playing guitar and rhyming at the same time, Yahya and Lean glowed on stage relishing in a moment of r&b/soul and hip hop harmony.

Overall participants at the festival let their minds traverse the globe – from Africa to the Middle East to Australia to Brazil, Chile, Venezuela to Canada to Panama to Portugal to Palestine – for another amazingly informative and transformative weekend of sharing, building and celebrating this thing called Global Hip Hop.

For more information on Trinity’s International Hip-Hop Festival check out their official website.