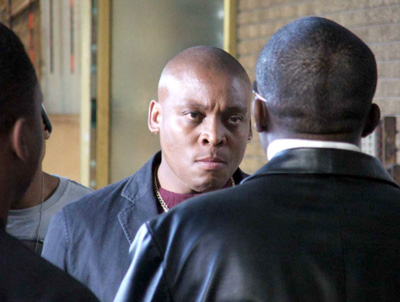 In the latest episode of African Hip Hop Radio at FunX Lijn5, GMb and J4 speak to Rapulana Seiphemo, known from the movie Tsotsi and most recent as the lead character Lucky Kunene in Jerusalema.
Rapulana visited Holland to attend the Africa in the Picture film festival, which screened Jerusalema (as well as our documentary ‘Redefinition: African hip hop’). Jerusalema is the life story of Lucky Kunene, a boy who wants to attend university but resorts to crime to pay his fees. After moving to Hillbrow, the run-down district near Joburg’s city center, he moves into the business of hijacking buildings. The movie was a huge success in South Africa and was received with critical acclaim (8+ in the IMDB directory); international distribution is on the way with a direct-to-dvd release in the Netherlands.